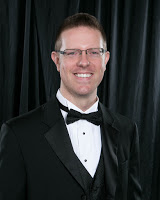 Bachelor of Music Education, The University of Houston

Since 2012 Mr. Rylon Guidry has been the Head Band Director at Arbor Creek Middle School in Lewisville ISD, where he teaches the beginner woodwind classes, the Honors Band & Jazz Band and assists with the Symphonic Band. Previously Mr. Guidry was the head director at Lake Highlands Junior High School in Richardson ISD from 2010 to 2013 and associate director at McKinney Boyd High School in McKinney ISD from 2007 to 2010. He currently serves as the TMEA Region 2 Middle School Band Coordinator-Elect, and previously served as the Coordinator. He is also the Region 2 Representative for the Texas Bandmasters Association and serves on the UIL Music Advisory Committee.

Under his direction the Arbor Creek Honors Band receives consistent first division ratings at UIL Concert & Sight-Reading Contests and local festivals as well as Best in Class & Grand Champion awards. The Honors Band has been selected by the Foundation for Music Education as a National Winner in the Mark of Excellence National Wind Band Honors Project 5 consecutive years; in 2014-2018. The Honors Band has twice placed in the TMEA CC State Honor Band Contest Finals, finishing 4th in 2015 and 2nd in 2017. The Honors Band was invited to perform at The 71st annual Midwest Clinic in Chicago Illinois in December 2017, and the Saxophone Ensemble has been invited to the 73rd annual Midwest Clinic.

While at Lake Highlands Junior High, the band program grew from under 200 to over 300 students. The Concert Band (2nd band) received Sweepstakes at UIL for the first time in over 20 years and the Symphonic Band (top band) received only unanimous first divisions at UIL and other local festivals including Best In Class at the Beach Within Reach festival.

His professional affiliations include the Texas Music Educators Association, the Texas Bandmasters Association and the Texas Music Adjudicators Association. Mr. Guidry, his wife Katie & canine daughter Bella live in Frisco and love to go out to eat and be around their friends. Mrs. Guidry, a former flute player, works at the Levi Strauss corporate office in Frisco. Mr. Guidry is a proud supporter & #1 fan of the Hebron Band and is very thankful to work in the ACMS community.