At TECC-E, students in Chrissie Robertson’s Graphic Design I class are always challenged with a client project during the second half of their semester-long class. After spending the first nine weeks learning the basics like color theory and principles of design, students are more than equipped to handle projects for local businesses and community organizations. But this semester, students were assigned a brand new client with very high expectations – a class of fifth graders at Camey Elementary.

Stephanie Campbell told her GT class to write a poem about any topic they wanted to. When they were done, the poems were turned over to the TECC-E graphic design students. “The graphic design students formed teams of two or three…to develop style guides and concepts for their projects,” Ms. Robertson explained. They also designed merchandise, posters and other elements to bring these stories to life. 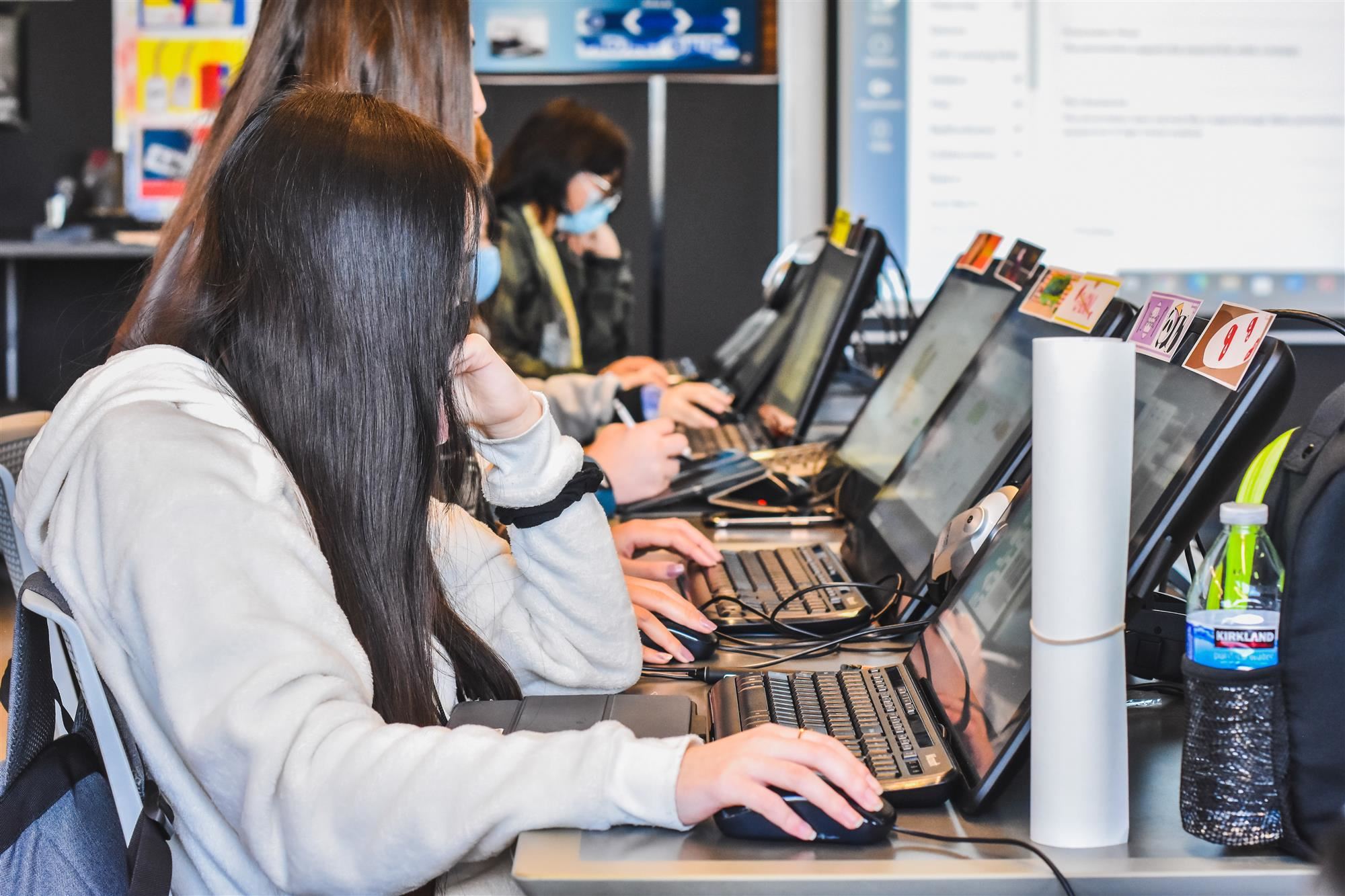 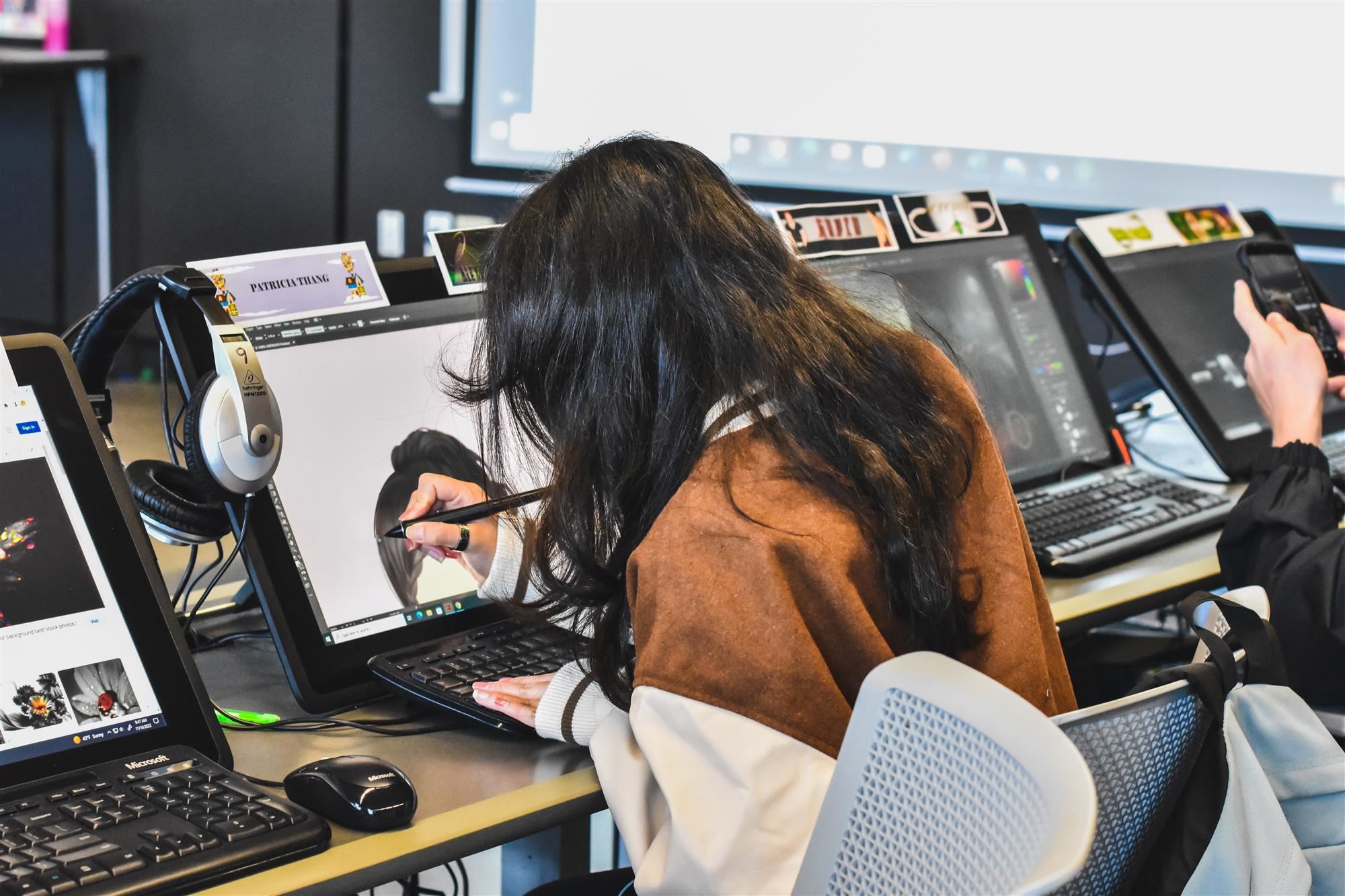 Stephanie Campbell told her GT class to write a poem about any topic they wanted to. When they were done, the poems were turned over to the TECC-E graphic design students. “The graphic design students formed teams of two or three…to develop style guides and concepts for their projects,” Ms. Robertson explained. They also designed merchandise, posters and other elements to bring these stories to life. 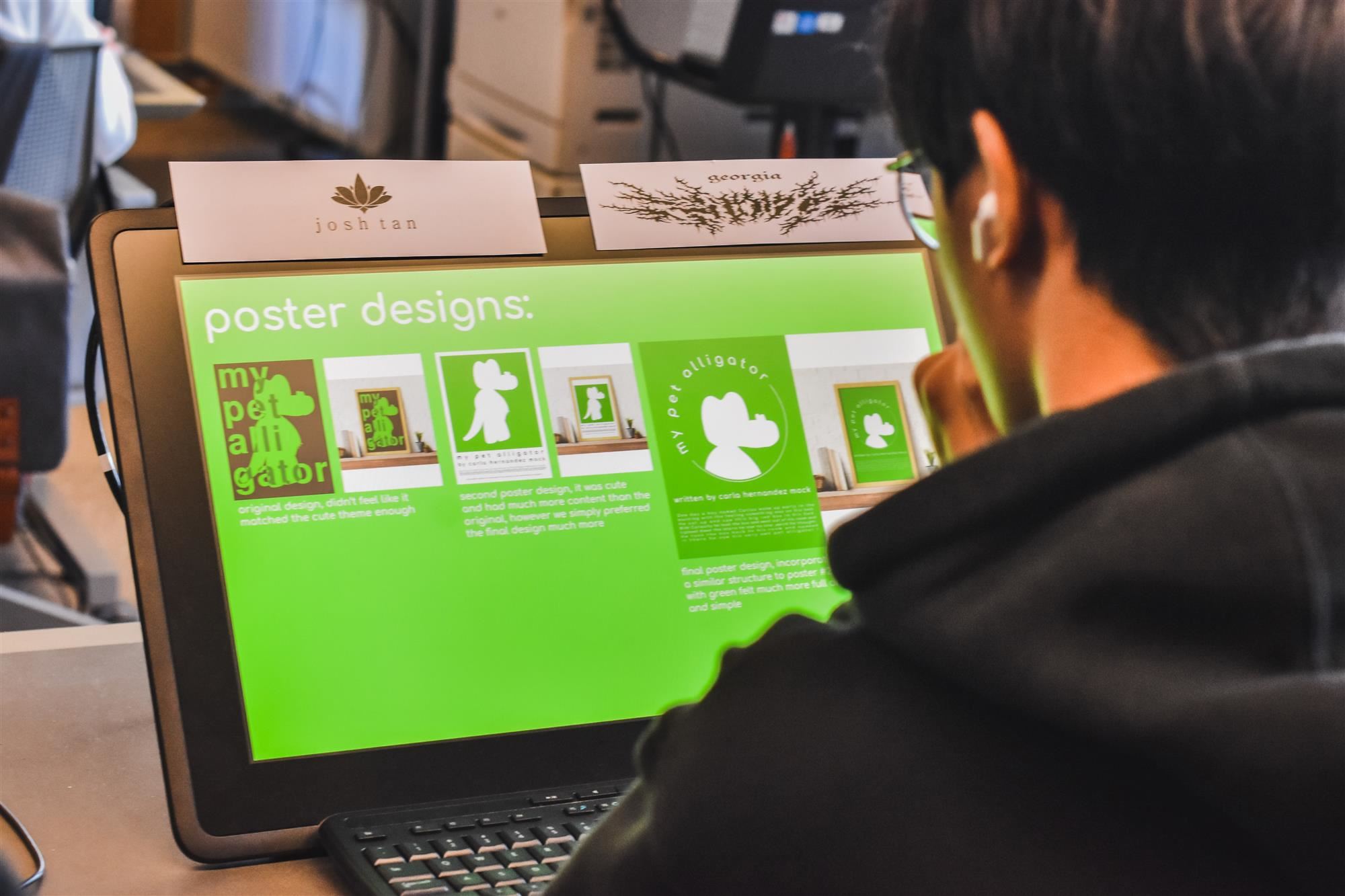 While some Camey authors created grandiose storylines, others, like fifth grader Carla, stuck to a more simple plot. “Carla’s poem is about a boy named Carlos who woke up to an alligator in his room,” TECC-E student Josh said. “And then his family decided to keep it.”

Josh and his group created a style guide for the poem, and even purchased mugs to bring their merchandise plans to life. When asked about this project, group member Ethan described how this task differed from some of their assignments. “This is our first client,” he said. “So I feel like...not pressure, but definitely like it needs more detail. You have to worry a little more about the small details since it’s not just going to a teacher that knows you. You have to think about what clients want and not just what you want.” 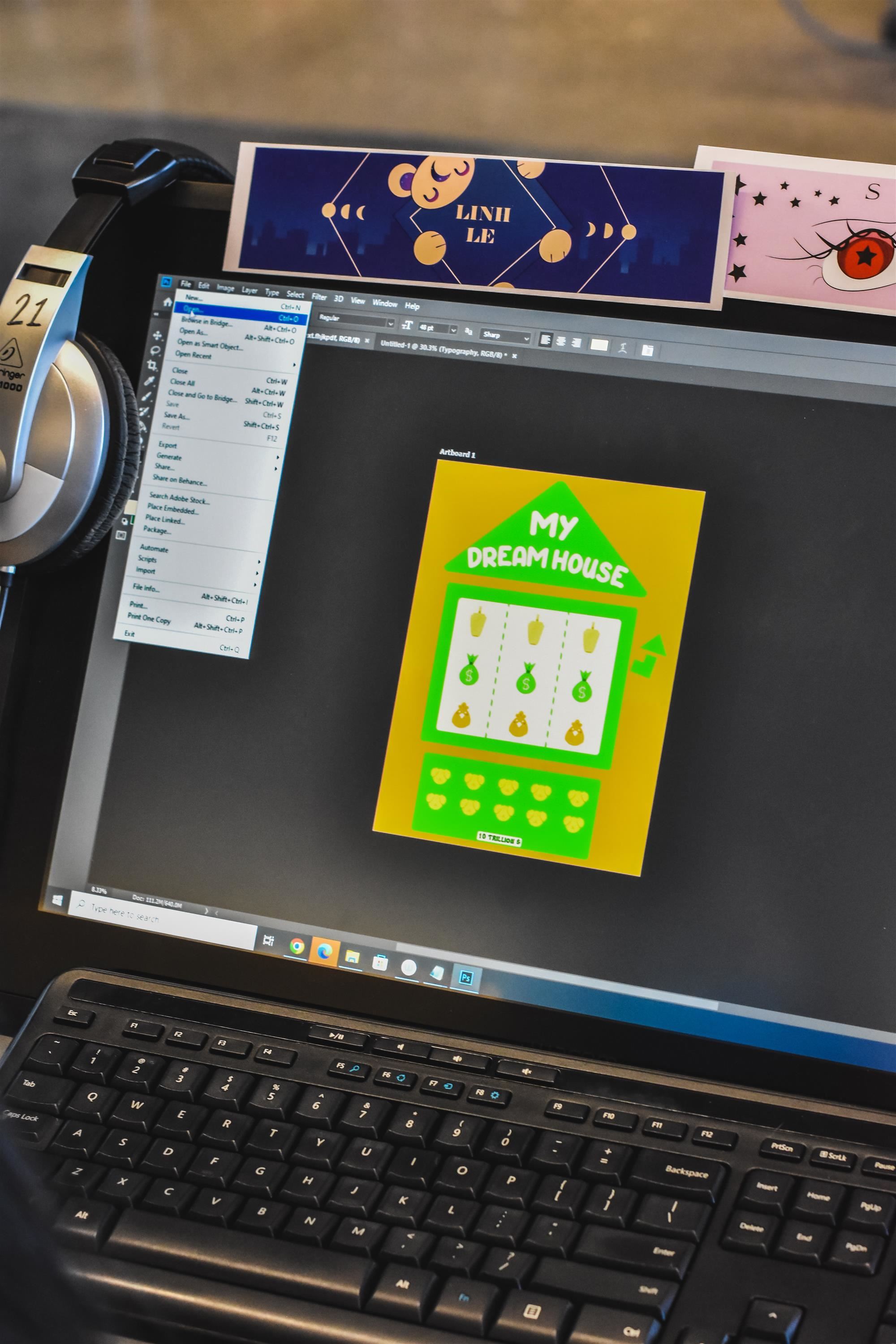 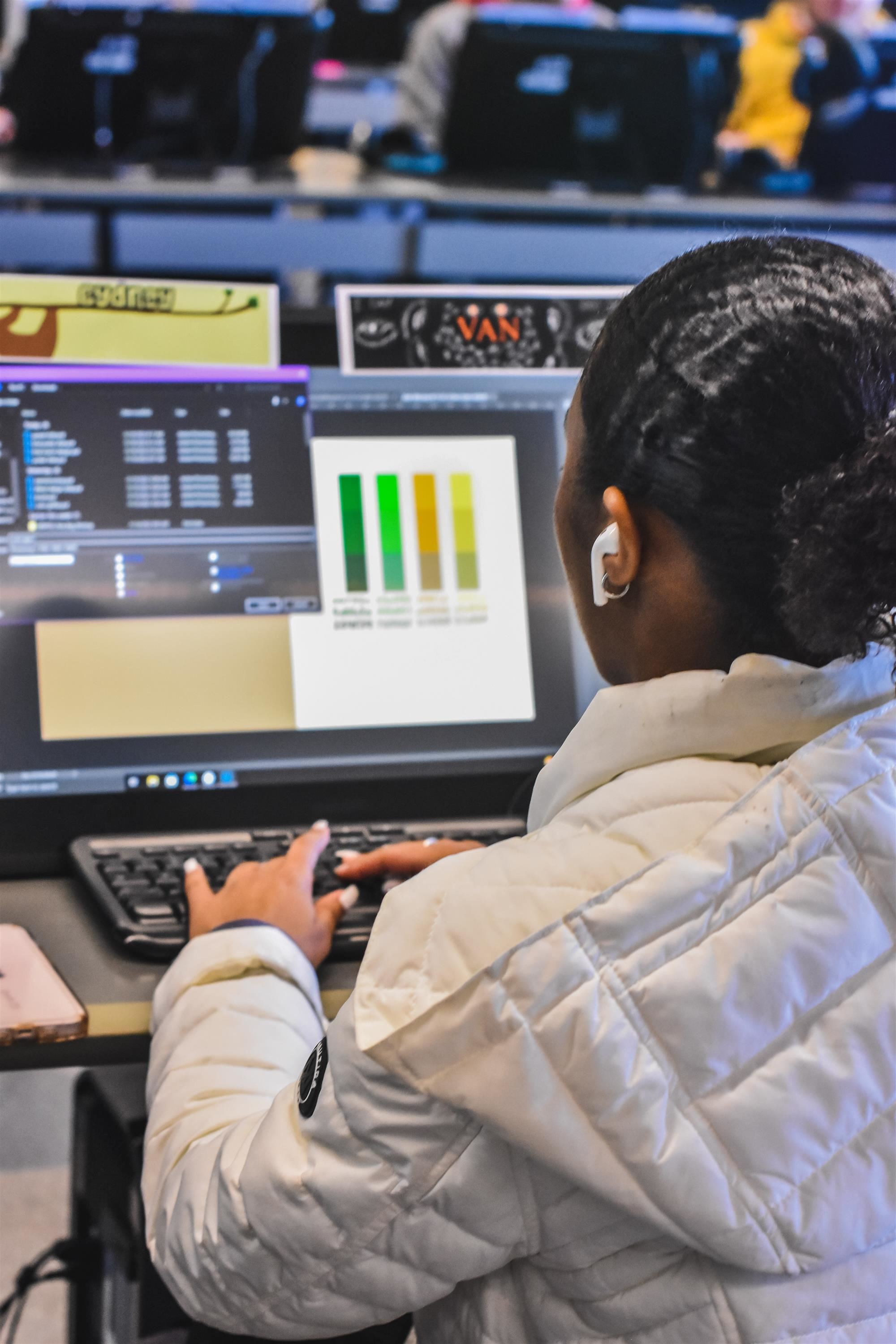 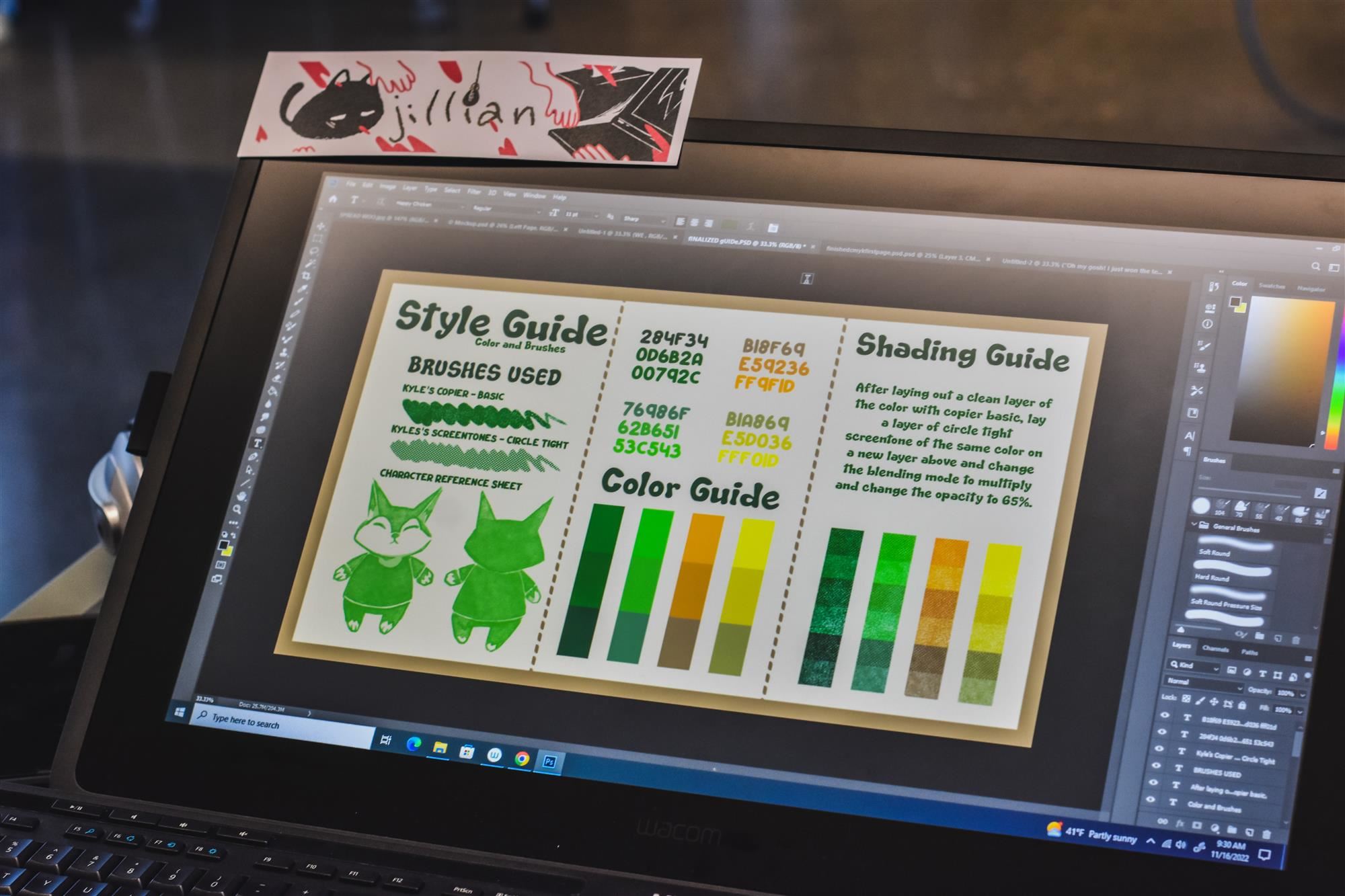 But some groups had a few more plot points to work with. “Our poem is called “My Dream House”,” said TECC-E student Jillian. “[The main character] won $10 trillion from the lottery and then bought extravagant things like Starbucks, Chick-Fil-A, puppies and cars. But then they run out of money. The moral of the story is not to spend your money on dumb stuff.”

The group carefully crafted a style guide including specific typography, and even designed a lottery ticket as a part of their merchandise. “This project was different because we’ve never collaborated with a full team,” said student Linh. “It was hard to make [our designs] look the same.” 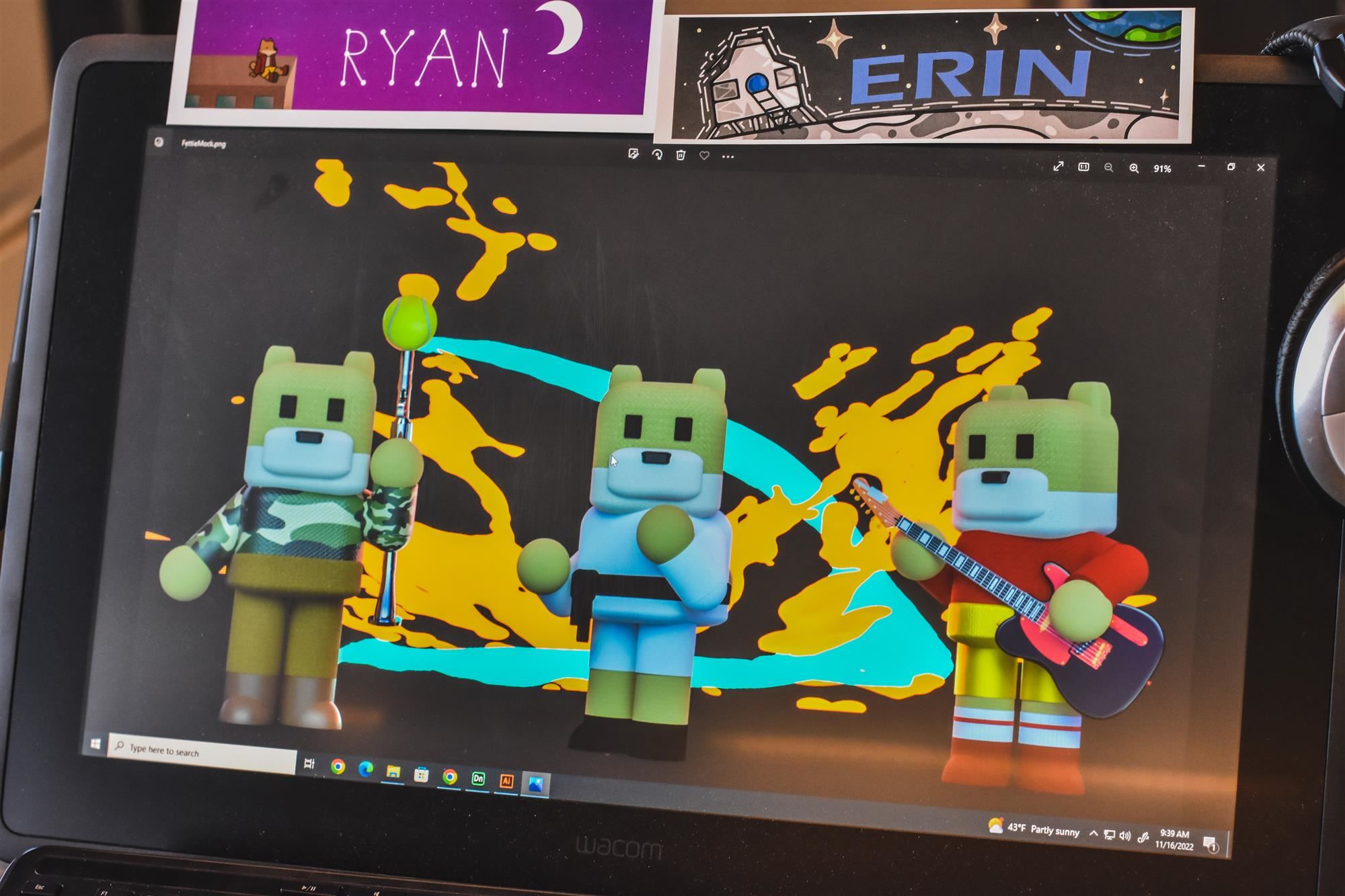 Cameron, Omar, Ryan instantly felt connected to their poem once they read it. “Basically it’s about what society would be like if dogs ruled the world,” Cameron said. “We read this poem and were like ‘Oh yeah…that’s the one’,” said Ryan. The group taught themselves how to use Adobe Dimension to create multi-dimensional designs like stuffed animals, to play into the canine theme.

As the students wrapped up their project, Ms. Robertson began planning the big reveal to their Camey clients. “Students next semester will design the cover, and then help compile all the poems into a poetry book to give to the teacher,” she said. “And some of the merchandise they’re creating will be gifted to the teacher as well.” 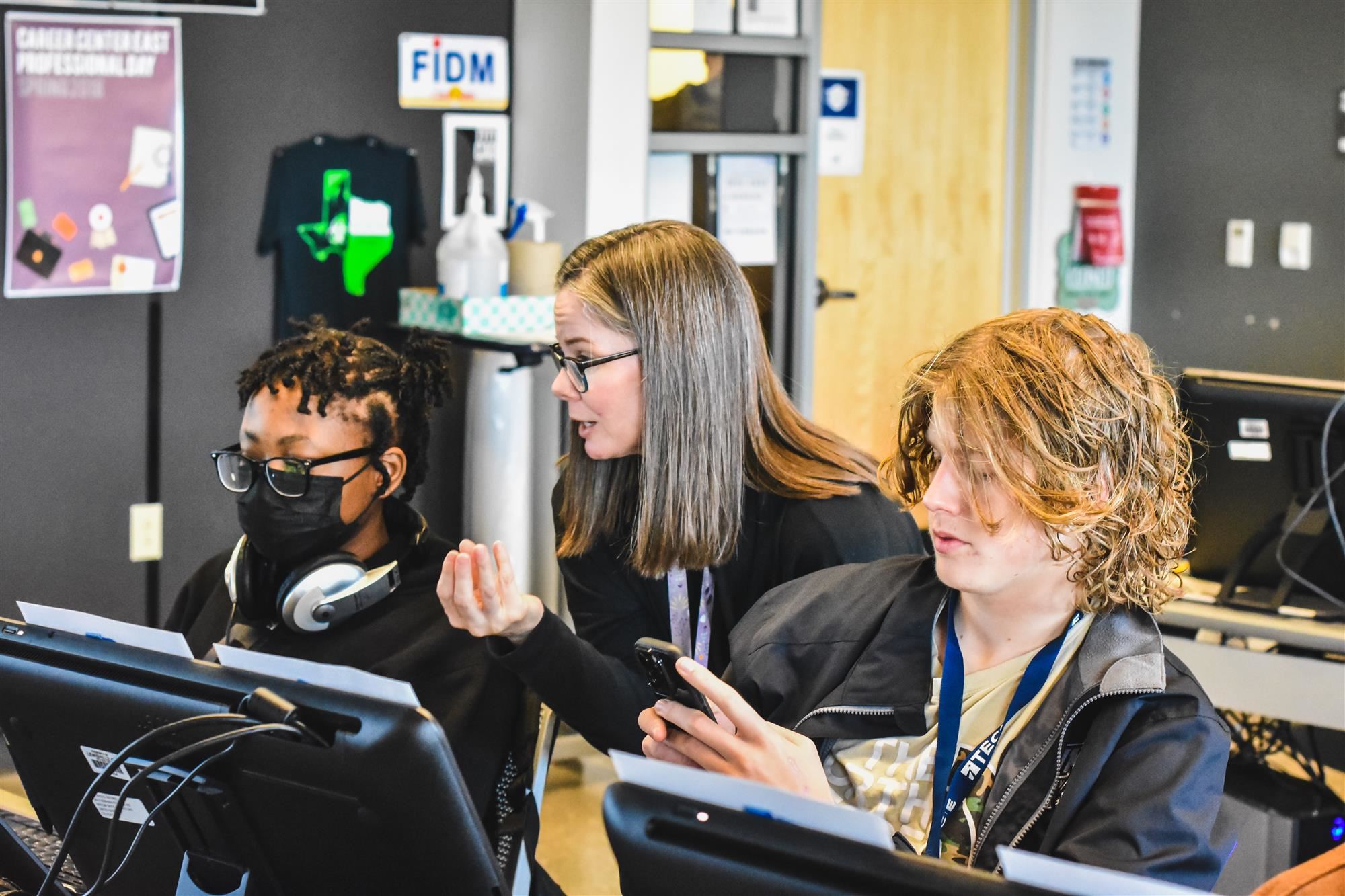 “[My students] got so excited to do something for the elementary students,” she continued. “As a client, it spoke to them. At the beginning I told them ‘Can you imagine being in the fifth grade, writing a poem and then having someone illustrate and bring it to life? And then having a book to celebrate your work?’ I just think that could really inspire some young authors…even at such a young age. And a lot of my students really connected with that thought.”

Ms. Robertson already plans on continuing this partnership in years to come. It’s clear that students, both old and young, will reap the benefits.

The mission of the Career and Technical Education (CTE) department in the Lewisville Independent School District is to provide a quality educational program that enables all individuals to achieve their fullest potential in the pursuit of high-skill employment and advanced education. Check out the CTE website or visit Best Schools in Texas for more information about joining the Lewisville ISD family.