Theatre at The Colony Presents a Special Gift to the Community

Annual production of “Christmas Comes to The Colony” will be streamed for free, Dec. 11-31.

For the past seven years, Theatre at The Colony (TATC) has produced “Christmas Comes to The Colony.” It’s a production many in the community look forward to as the show brings bonus cheer and joy to the holiday season. However, with the ongoing health crisis continuing to impact the community, could the show still go on?

“‘Christmas Comes to The Colony’ is our ‘feel-good show’ each year,” TATC Director Ronda Craig said. “The best gift we receive is seeing children light up when they see Santa or dance and sing along to the music. We knew we couldn’t forfeit that feeling for ourselves and take away that gift from our community, so we decided we would just need to be creative to develop a safe and fun format.” 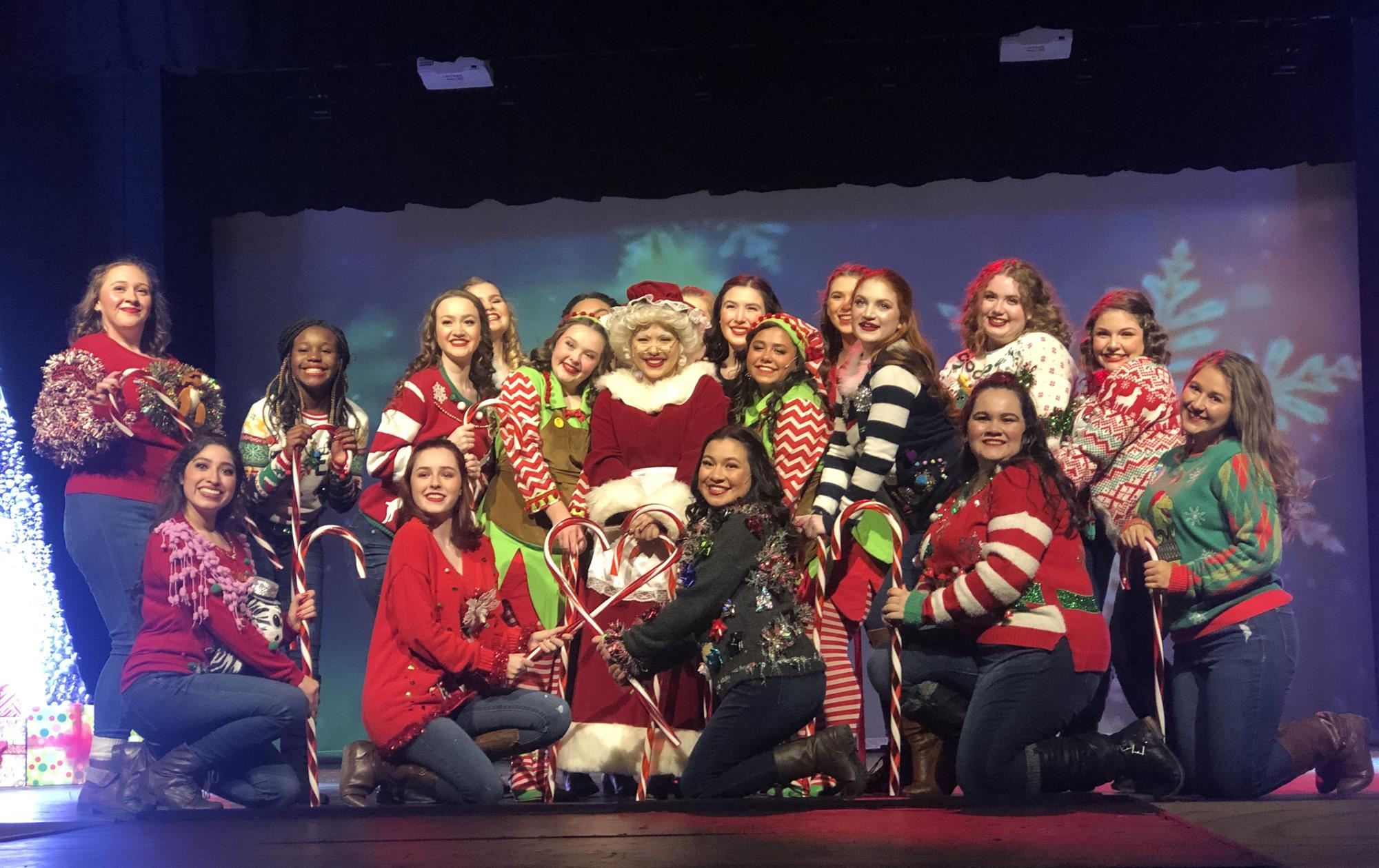 A photo from a past year's production of "Christmas Comes to The Colony."

Behind-the-Scenes Planning
When the time came to start gearing up for the annual show, TATC began exploring every avenue to ensure they could bring the holiday favorite to the community, even in the midst of a pandemic.

“I wish I had kept count of all of the possibilities we explored to make this show happen,” Craig said. “We knew ‘no’ was not an option, but we had countless ‘that won’t work’ moments and started brainstorming again.”

TATC began looking at streaming the production online, though that came with a new set of obstacles. While the script was written by Craig’s husband and fellow director, Dwayne Craig, in order to offer the show online, songs needed individual licensing and even more arrangements would need to be made if there was a ‘ticket’ charge.

“We knew our community has been economically hit hard by the pandemic, so whatever we did was going to need to be low cost, or better yet, free, for our audience,” Craig said. “We finally decided that to honor the past and offer a gift at this present time, we would need to invest in the show ourselves.” 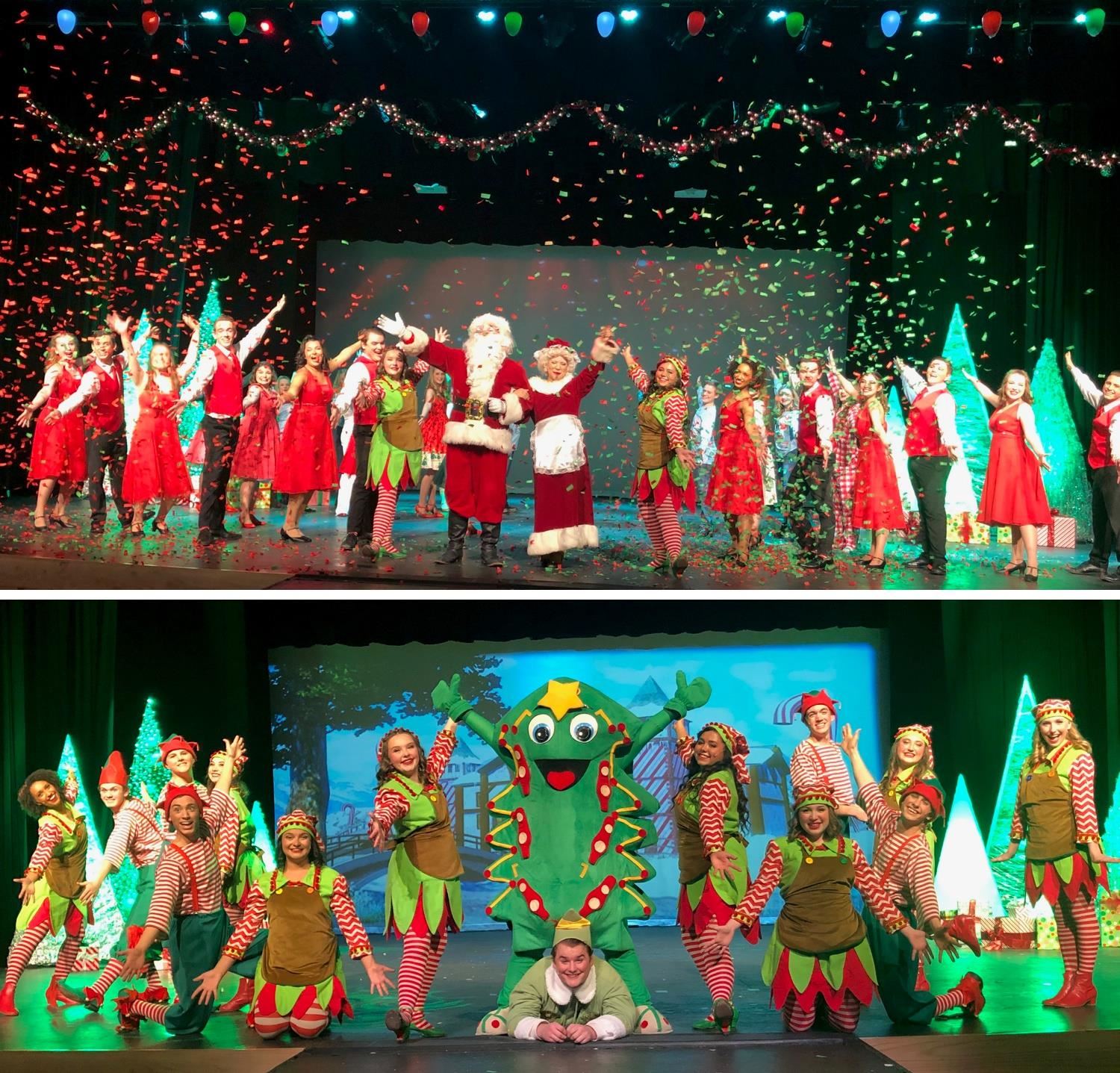 Photos from past productions of "Christmas Comes to The Colony."

The Craigs contacted Sharpshooters, the company who filmed past TATC performances, for pricing information. They decided to stream the production on YouTube for licensing purposes, and offer the link for free so audiences could watch the production time and time again throughout the month of December. It wouldn’t be cheap or easy, but giving the community a gift during trying times was important to TATC.

“We discussed the situation with the students and they decided to split the cost of production,” Craig said. “We emailed the parents and they agreed, with the understanding that if they could not afford such an expense, to let us know and we would get it covered. In true Theatre at The Colony form, many parents offered and contributed more than what was asked.”

She added, “We are so thankful for our students and parents. They have such kind and giving spirits!”

The Show Will Go On
Beginning Dec. 11 on YouTube, with the link available on TATC’s social media platforms, the community can stream the show for free. Audiences, alone or together, from living rooms to office spaces, can expect favorites such as “Hot Chocolate,” “Frosty the Snowman,” “Rockin’ Around the Christmas Tree,” “Carol of the Bells,” and “A Baby Changes Everything.” The production, which began 10 years ago at the Craigs’ former school, will also feature new numbers such as “Bring Me Love,” “Step Into Christmas,” and “You’re a Mean One, Mr. Grinch.” 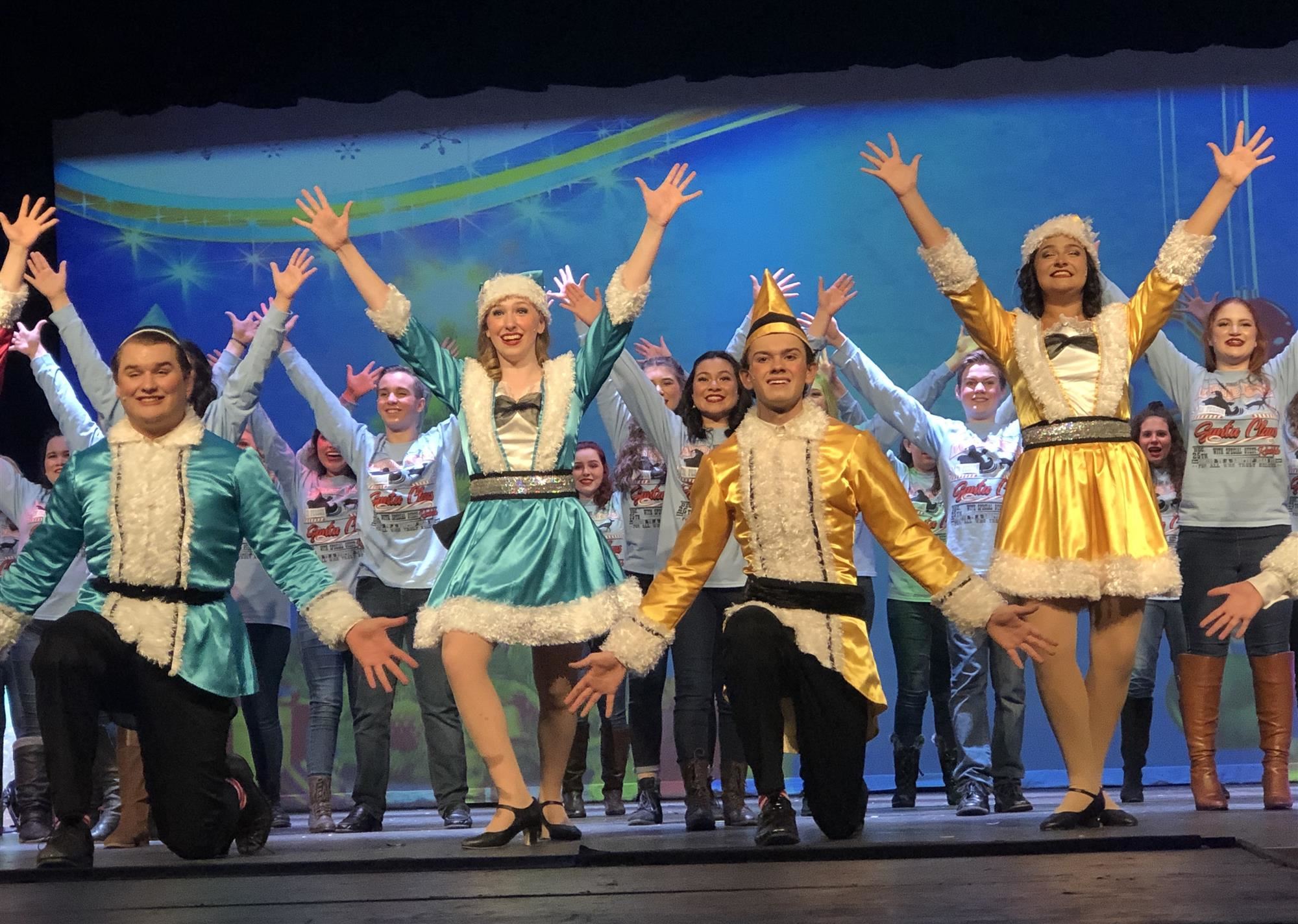 A photo from a past year's production of "Christmas Comes to The Colony."

“To celebrate the production’s 10th anniversary and to allow our students an opportunity to perform on stage, the show will include a ‘best of’ format with footage from four earlier performances,” Craig said. “Plus we added five new choreographed numbers, using distancing recommendations, and we included interviews with alumni as they shared their favorite experiences.”

Come One, Come All
Valerie Huck, a senior at The Colony High School as well as president of the TATC International Thespian Society Chapter, could not be more thrilled to continue to bring the show to her hometown and others.

“This show has been a part of my life for seven years now, and it has become a Christmas tradition for me and my family,” Huck said. “‘Christmas Comes to The Colony’ holds so many memories and will always have a special place in my heart. I’m so grateful we were able to offer this gift even during these times, as well as virtually include others who have not had the opportunity to see it in the past.”

She added, “We hope it brings joy and a sense of comfort to everyone who is celebrating at home this year.”

Craig said she hopes everyone, from long-time fans of the show to first-time guests, will take a moment to celebrate the holiday season.

“This year especially, we hope the production brings you joy and happiness as you focus on the promise and magic of the season,” she said. “We hope that you can all join us, gather your family, grab a cup of hot cocoa, and enjoy ‘Christmas Comes to The Colony – The 2020 Version.’”