Jeff Kinney came to the Hebron High School arena to promote the 17th installment in the series. 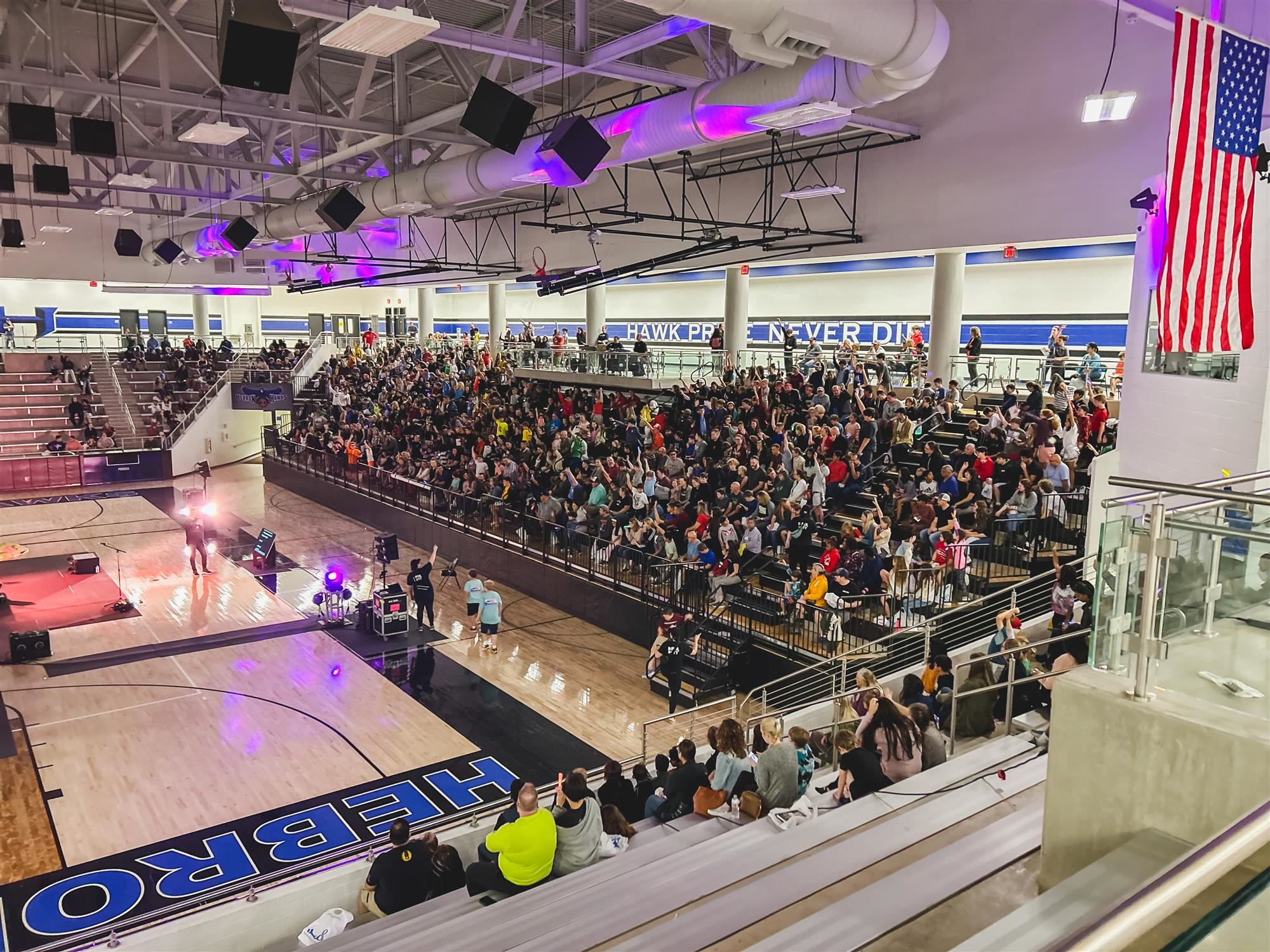 Kinney first published the series in 2006, and which has now sold over 275 million copies. DFW was the eighth leg of his international Diper Överlöde Tour.

“The night was filled with excitement”, said Trela Weesner, LISD’s Library Media Services Administrator. “The first people to arrive were a mother and son, and they got there a little over an hour before the event started. The mother told me they had both been looking forward to seeing Jeff Kinney for weeks!” 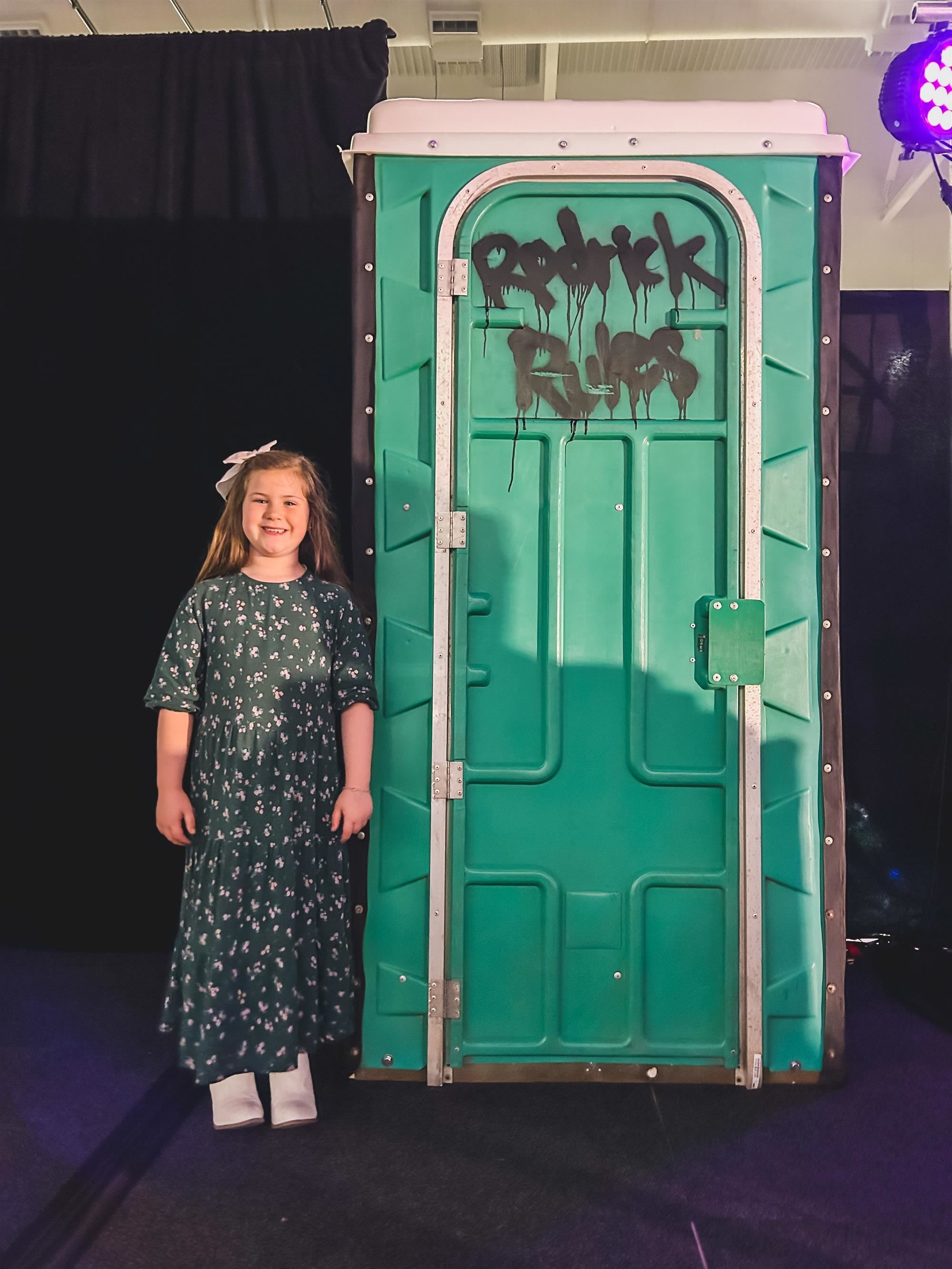 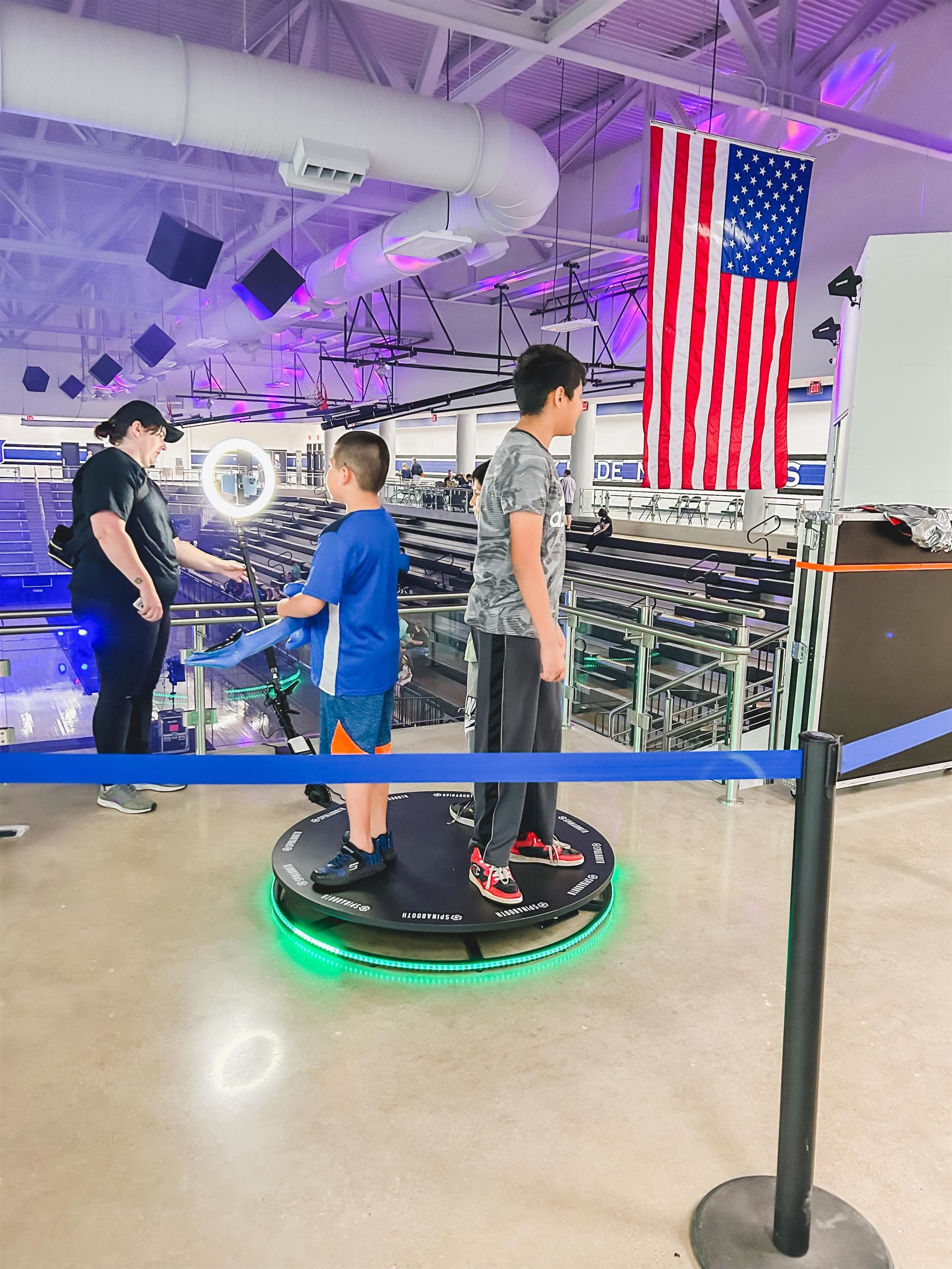 Upon arrival, LISD families and community members were treated to an in-person rock concert featuring the Löded Diper band. Kinney emceed the event while attendees had the chance to show off their singing and dancing skills onstage. At the end of the night, they all walked away with a signed copy of “Diper Överlöde.” 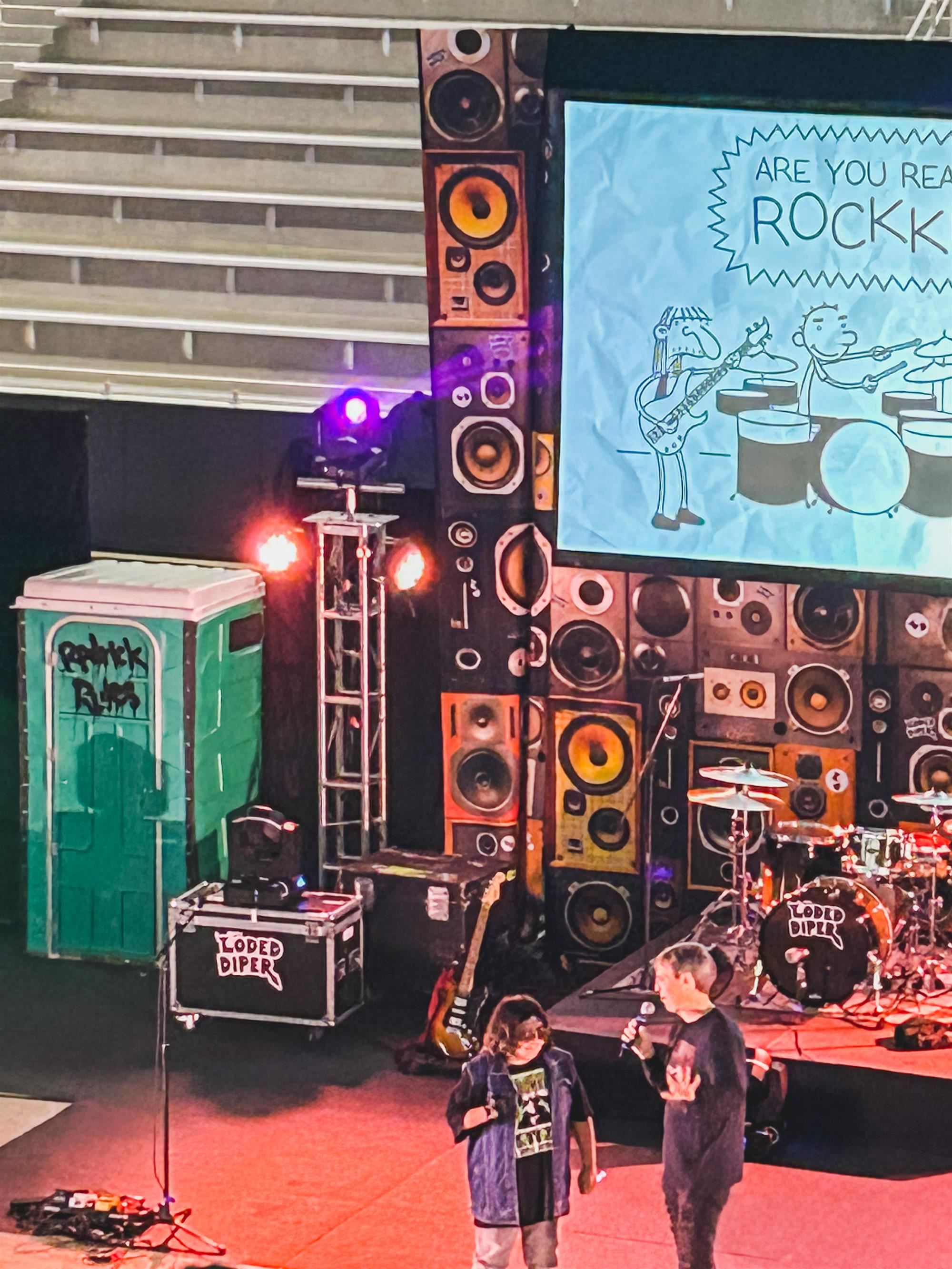 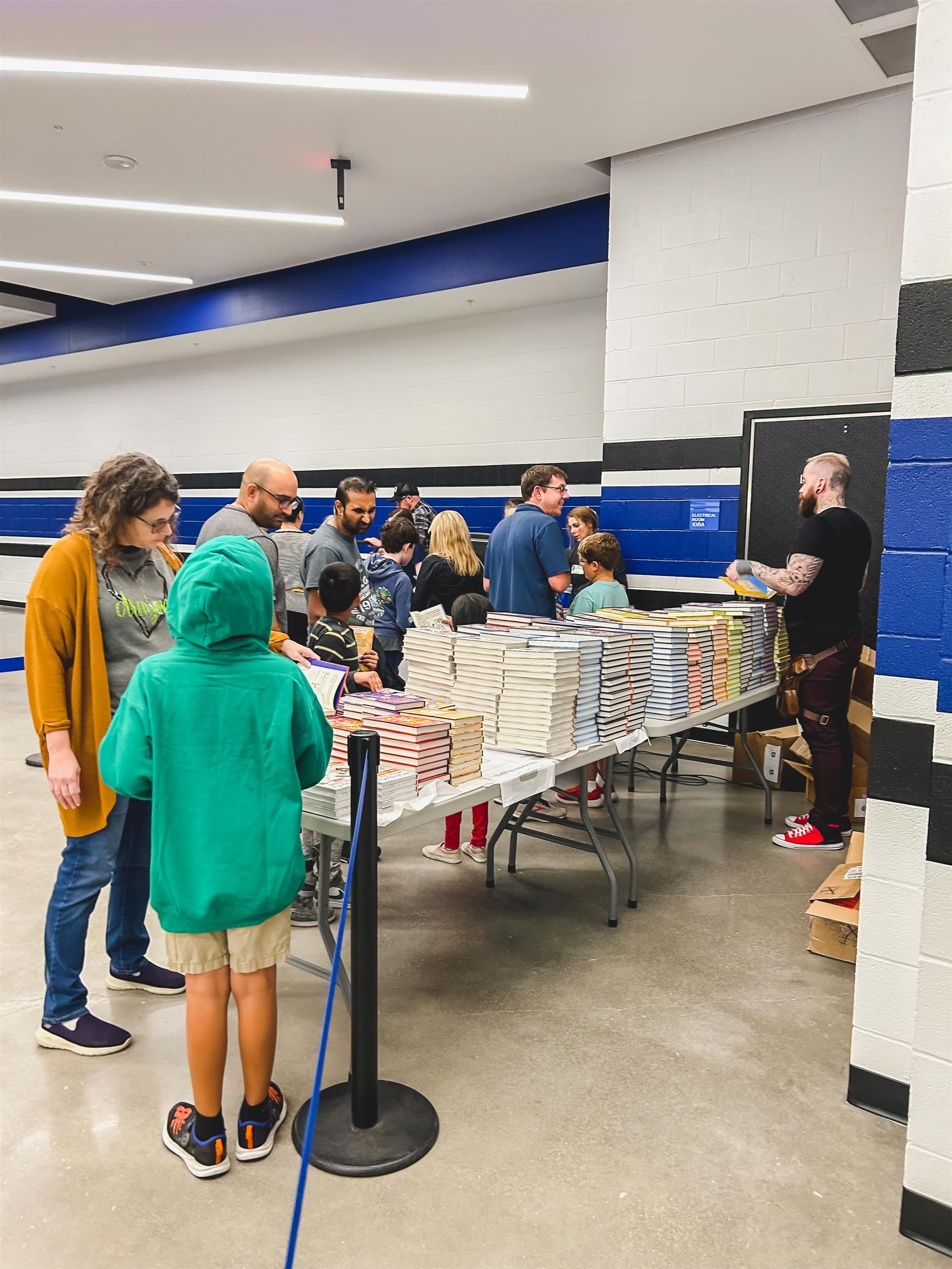 For many students, this event encouraged them to read more than just the new installment. “After reading a few pages of the [“Diper Överlöde”] book, I heard one of the students tell her mother she wanted all the other books in the series for Christmas,” Weesner said.

As evidenced by the pictures from this event, students and parents alike were treated to an experience unlike any other. “It is important for students to be able to hear from authors,” Weesner said of Kinney’s visit. “It really brings a whole new level of excitement to reading.”