The Loop Feature: Hawk Marching Band is on the Road to the Rose Bowl Parade

The Hebron sound strikes a chord with audiences everywhere

For North Texans this year, the parade may feel a little closer to home with some familiar faces donning their television screens. Dressed in their crisp blue and black, the Hebron High School marching band is one of only 24 marching bands from across the world invited to perform and the only band from Texas chosen for the honor. 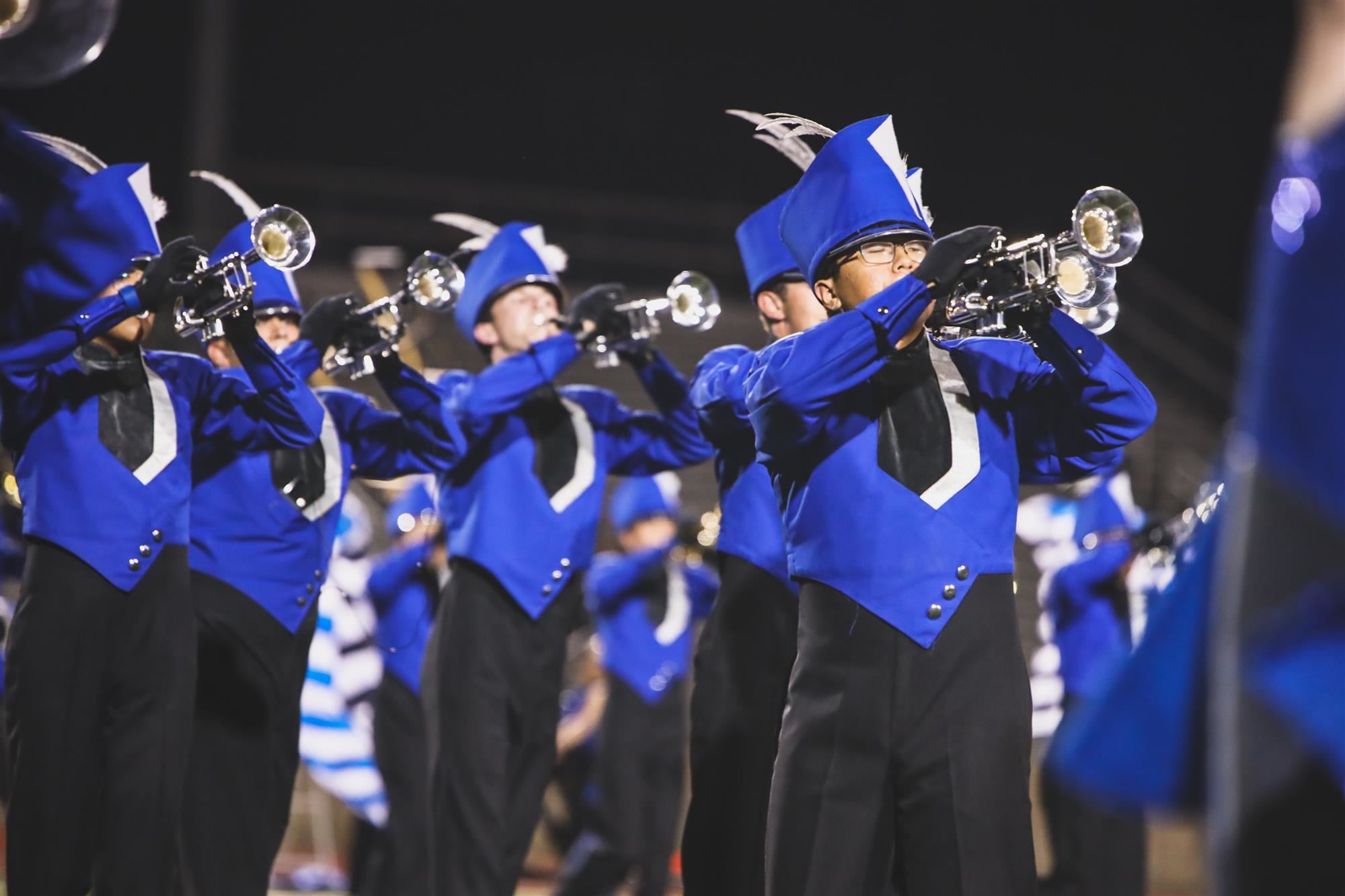 The enormity of this distinction is not lost on Hebron High School Principal Amy Boughton.

“To say I am proud of this achievement is really an understatement,” Boughton said. “I know how talented and outstanding the Hebron band program is, but now the rest of the world will know too. I am overjoyed for the Hebron band directors and students. They have put in the hard work and sincere heart it takes to accomplish something like this. To not only represent Lewisville ISD, but also the state of Texas is an exceptional honor.”

Hebron Band Director Andrew Sealy is entering his 35th year as a music educator and 19th year at Hebron High School. He joined the campus shortly after its opening in 1999. Sealy said Hebron students are something special, and he is especially proud of how they have persevered these last couple years.

“Our students have achieved so much despite the global pandemic,” said Sealy. “We are excited to bring hope to our community through music. Our students are not only competing at the highest levels in music, but they are also some of the highest achieving academic students each year.”

The marching band was originally invited to perform in the 2021 Tournament of Roses parade; however, the event was canceled due to the COVID-19 pandemic. The band was notified of the prestigious invitation following their breathtaking performance at the 2019 Bands of America Grand National Championships in Indianapolis, Indiana where the band took third place. 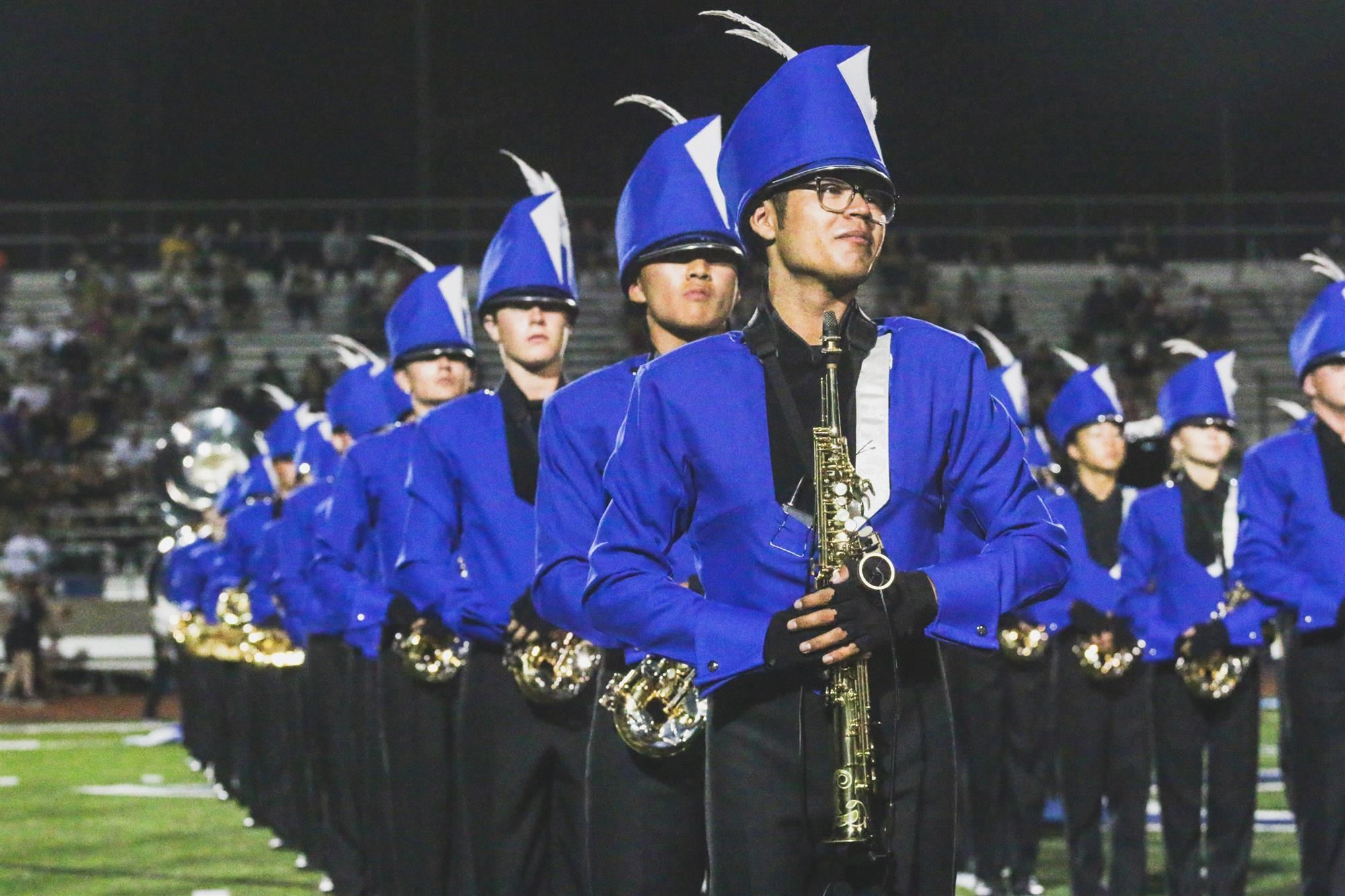 For Hebron High School senior and saxophone player Gian Carlo Lay, the invitation was like a dream come true.

“I remember the moment like it was yesterday,” Lay said. “I remember standing there on the field and hearing it announced over the speaker. I was in shock. I thought, ‘Did they just say Hebron?’ It is really hard to describe all the emotions that were running through me.”

Parker Freeburg, who plays quads on the Hebron drumline said for the group it was the extra cherry on top.

“We put in all that work and received third place at state and the Outstanding Caption award in Music. We were already excited and then to be chosen for the Rose Bowl parade! It was an amazing feeling,” Freeburg said.  “I remember looking around at everyone on the field, some of us were smiling, others were crying. It was the type of moment where you know you will never forget it.” 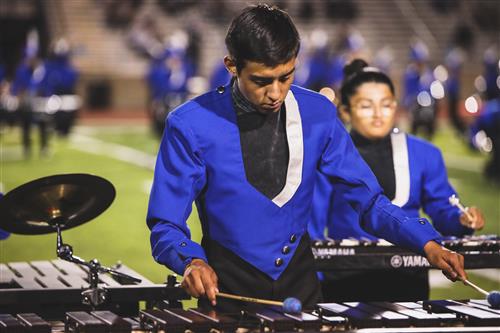 The Hawk marching band is no stranger to honors, the list of awards for the band is quite lengthy.  A consistent finalist at Bands of America and top finisher at state, the band was also awarded the international Sudler Shield from the Sousa Foundation recognizing their world-class excellence.

This year the marching band pulled out all the stops, as they took first-place at the 2021 6A UIL Marching Band Competition in San Antonio, Texas.

The theme for the parade this year is “Dream, Believe, Achieve.” It is an important message that Sealy believes speaks to the heart of his students and fellow educators

“This resonates in everything we do as educators,” Sealy said. “Instilling a willingness and courage to dream big, believe in the power of those dreams, and giving students the tools to pursue those dreams is maybe the most important thing we can bring to our students.”

Drum Major Andie San Luis said her time in the band has taught her that discipline, fortitude and practice can make beautiful music, but it is the comradery and dedication of those around you that transcends it into something else.

“Everyone feels like they belong and I think that is unique, especially in a band this size,” said San Luis. “It is an environment that was set up by those who came before us. We play with emotion and I think it is one of the biggest parts of what makes the Hebron sound. You do it not only for you, but the person next to you. I think the audience feels that.”

“You can play music and make it sound great, but it doesn’t mean as much if you can’t move people.” 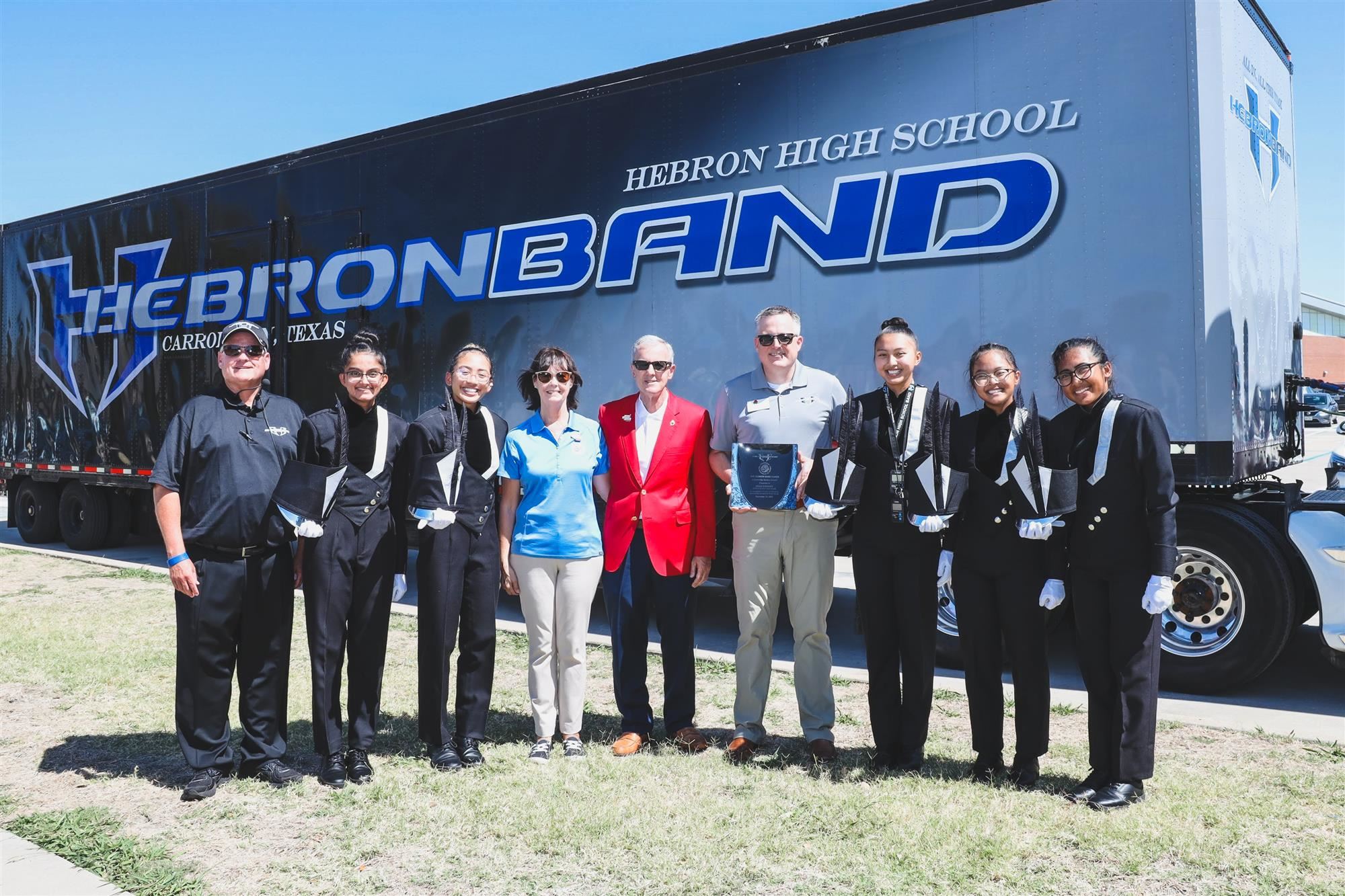 This isn’t just a win for Hebron High School, but for the community as well. Joining in the excitement, the City of Carrollton congratulated the band during half-time at the Hebron vs. Plano East district football game by declaring Saturday, September 25 as “Hebron High School Marching Band Day.”

The City of Carrollton Mayor Kevin Falconer attended the game along with several other local and state dignitaries to announce the declaration and band’s honors to the community.

“We at the City of Carrollton and the Carrollton City Council are so proud of the Hebron High School Band and Director Sealy for the great honor they have received with their invitation to participate in the Tournament of Roses Parade,” Falconer said.  “This is a once-in-a-lifetime opportunity that very few bands receive, but a well-deserved honor made possible by the hard work of the band members, the directors and the parents.  Congratulations again to this fantastic band!”

The Loop is a quarterly magazine from the Lewisville Independent School District, showcasing the latest stories, photographs and achievements throughout Lewisville ISD schools. Click here to read previous issues.