The Loop Feature: All the Way, Abhijay!

As first seen in LISD's quarterly magazine The Loop... 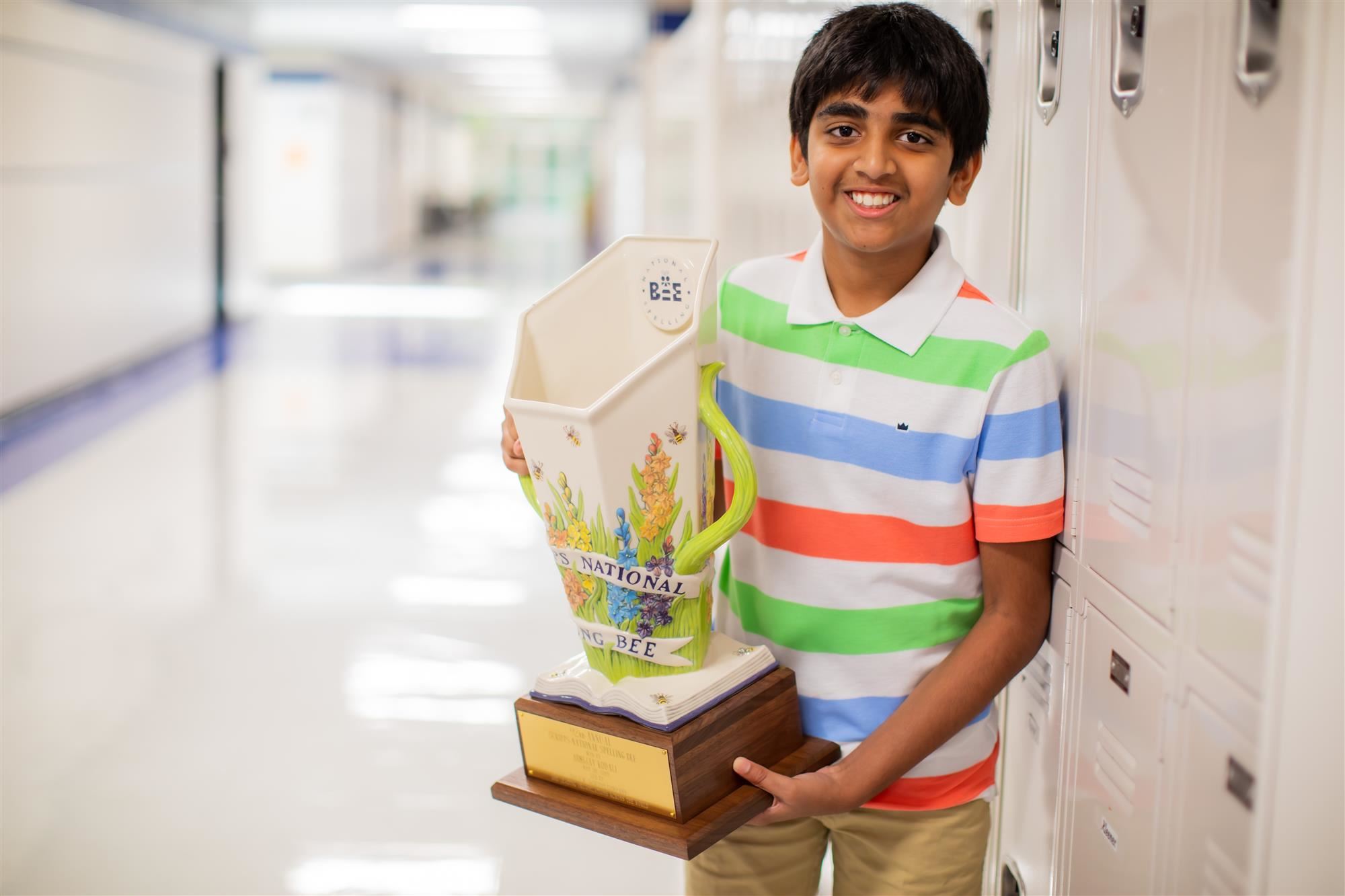 For the most part, Abhijay Kodali is a typical 12-year-old. Like many North Texas preteens, he enjoys watching the Dallas Cowboys and Dallas Mavericks, his favorite teams, play. Kodali also likes playing video games, hanging with his dog Zeus and reading Harry Potter and Percy Jackson books in his spare time. But, the past two years, Kodali found himself catapulted into the national spotlight for his ability to spell – very, very well.

In 2018, Kodali, then a fifth-grader at Liberty Elementary School in Flower Mound, Texas, placed third out of 515 spellers at the Scripps National Spelling Bee. Although Kodali bowed out by misspelling the word, “aalii,” his first trip to the prestigious competition wouldn’t be his last. In May of this year, Kodali followed up his third-place finish with an even more impressive feat: this time, he won.

“It was very nerve-wracking during the competition,” he said, “but when I got it over with, I felt relieved.”

Kodali made history at the 2019 Scripps National Spelling Bee as he was one of eight spellers to be crowned co-champions, the first time a group had been declared as winners. His winning word? Palama.

“It was a really exciting moment for our family because our family has been invested in spelling for a long time,” his father, Krishna Kodali, said. “Our family first got into spelling all the way back in 2014, so it was really exciting to see our investment and Abhijay's hours of hard work pay off.”

Spelling bees are a family affair for the Kodali household. In fact, watching his older sister, Ananya Kodali, compete and excel in spelling bees, is what initially inspired Kodali’s interest in spelling.

“My sister quizzed me and helped make lists,” he said. “My dad made a Google sheet for difficult words. I looked through Quizlets and spelling books.”

His father added, “He is very hardworking and single-minded toward his studies, as he balanced his middle school homework with spelling studies. Although he was inspired to spell by his older sister, he took the initiative himself in studying more and more hours as he reached higher levels of competition.”

But one of the eligibility requirements for the national bee? Says the national competition, “the speller must attend a school that is officially enrolled with the Scripps National Spelling Bee.” Which Lewisville ISD schools are.

“It has been really good in that it has offered access to competitions such as the spelling bee,” Krishna Kodali said. “We have met spellers who have become ineligible for the spelling bee because their districts did not offer access to the competition, and we are fortunate that LISD supports the academic advancement of its students.”

Kodali, now a seventh-grader at McKamy Middle School, said he appreciates the support he’s received from LISD and his schools as a spelling competitor and just as a student.

Although Kodali is no longer eligible to compete in spelling competitions due to his national championship, the best is yet to come for the self-described “hard-working, sometimes easily distracted” middle schooler. A career in medicine may be in Kodali’s future.

“I would like to be a doctor, maybe a pediatrician,” he said. “However, I am not really sure as that will come in a long time.”

But perhaps for now, Kodali will enjoy his remaining middle school years and will figure out his future when it comes. As he said, he has a little while.