Teachers at Huffines Middle School built bikes for LISD students as a part of their back to school team building activities.

Last week, the staff at Huffines Middle School took team building to the next level. Before they welcomed students back to campus, staff participated in a Build-A-Bike activity led by the Leader’s Institute. The goal of Build-A-Bike is to help participants bond as they work on a common goal, constructing bikes for children who need them.

The Leader’s Institute introduced the activity, reiterating the importance of effective communication both in this activity and in the workplace. For HMS Principal Stephanie Gore, this lesson is key to a successful school year. “Teachers are learning how to trust each other and communicate with each other,” she said. “We have lots of new teachers and new faces, so we’re really working on building a solid foundation.”

After the introduction, teachers and staff were divided into groups to begin their work. But before they did so, it was time to have a little fun. Each group performed an individual cheer routine to pump each other up, which resulted in a contentious cheer battle between two teams. 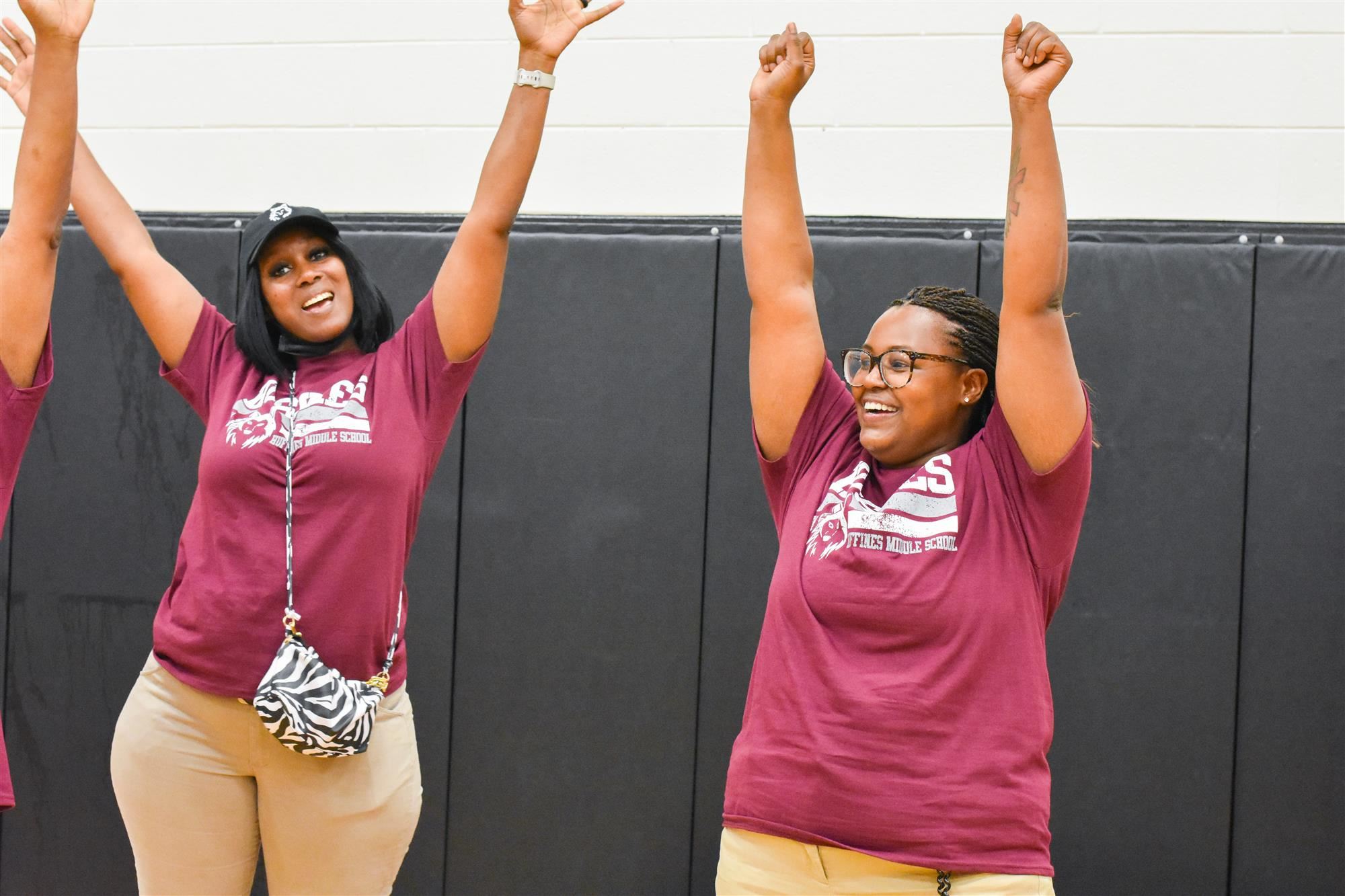 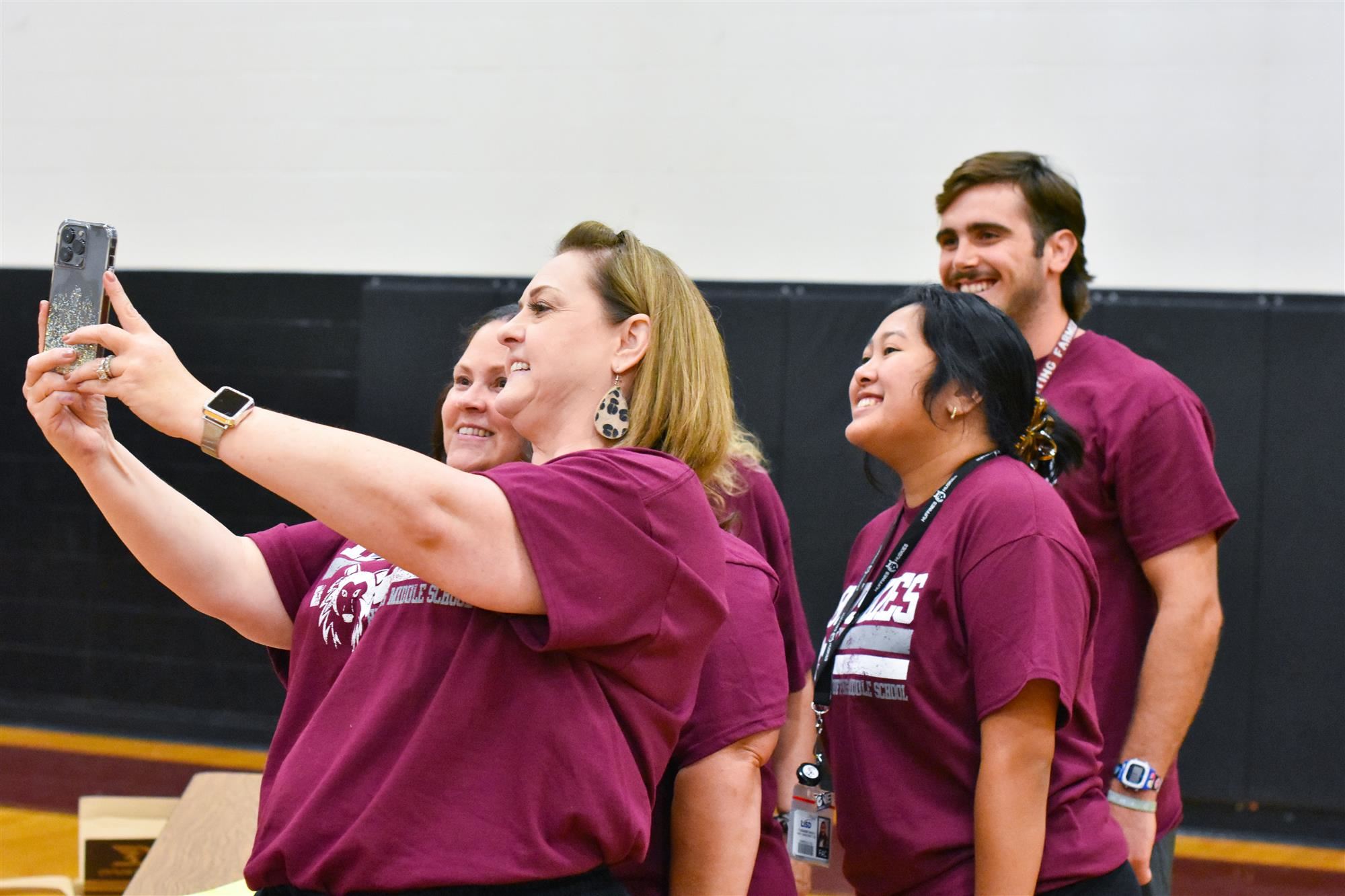 Once the cheer battle winner was crowned, each team was given supplies to build their bike. They worked together to construct, with the Leader’s Institute performing safety checks on each one. At the end of the day, 12 bikes were successfully completed. 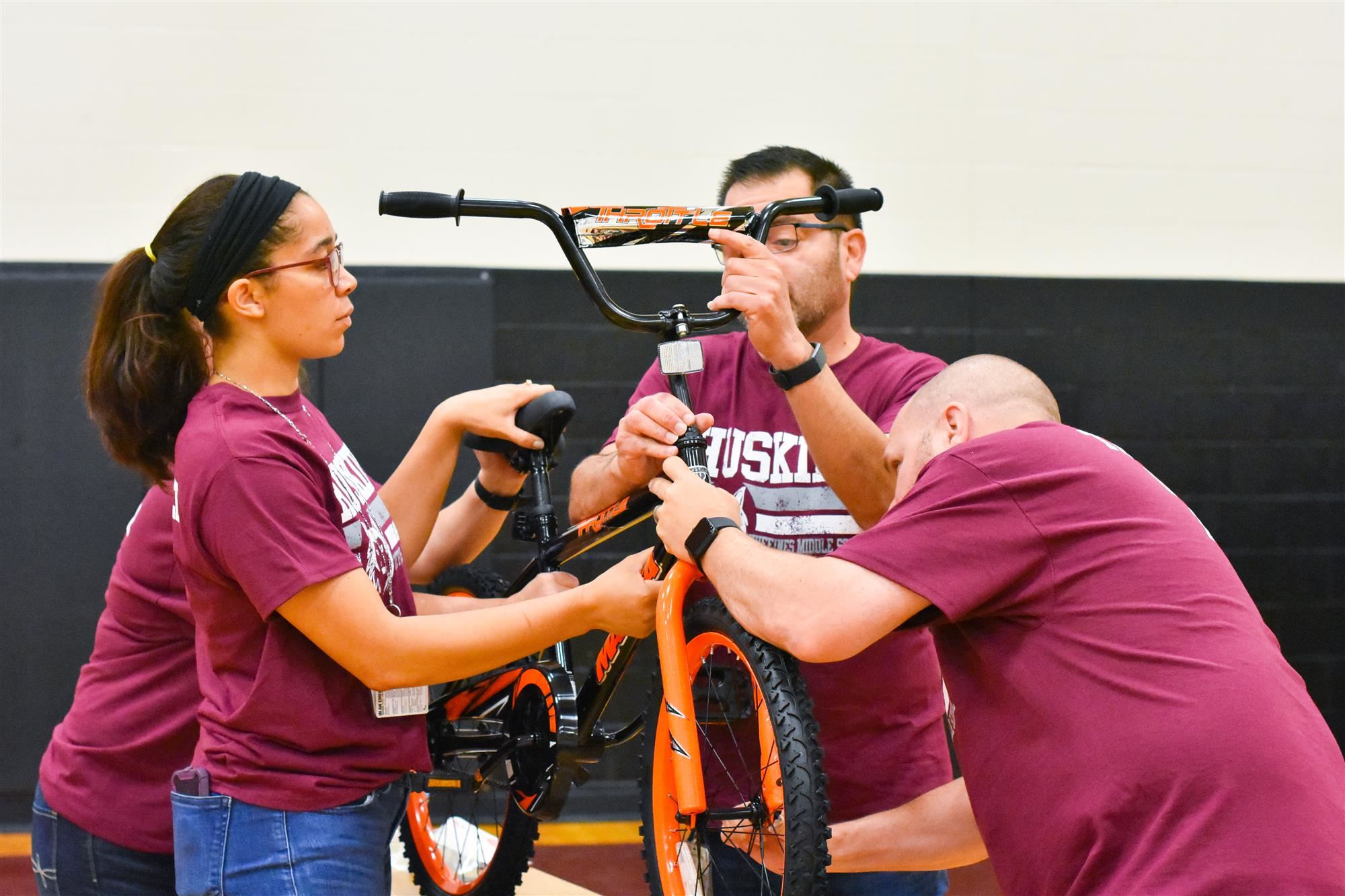 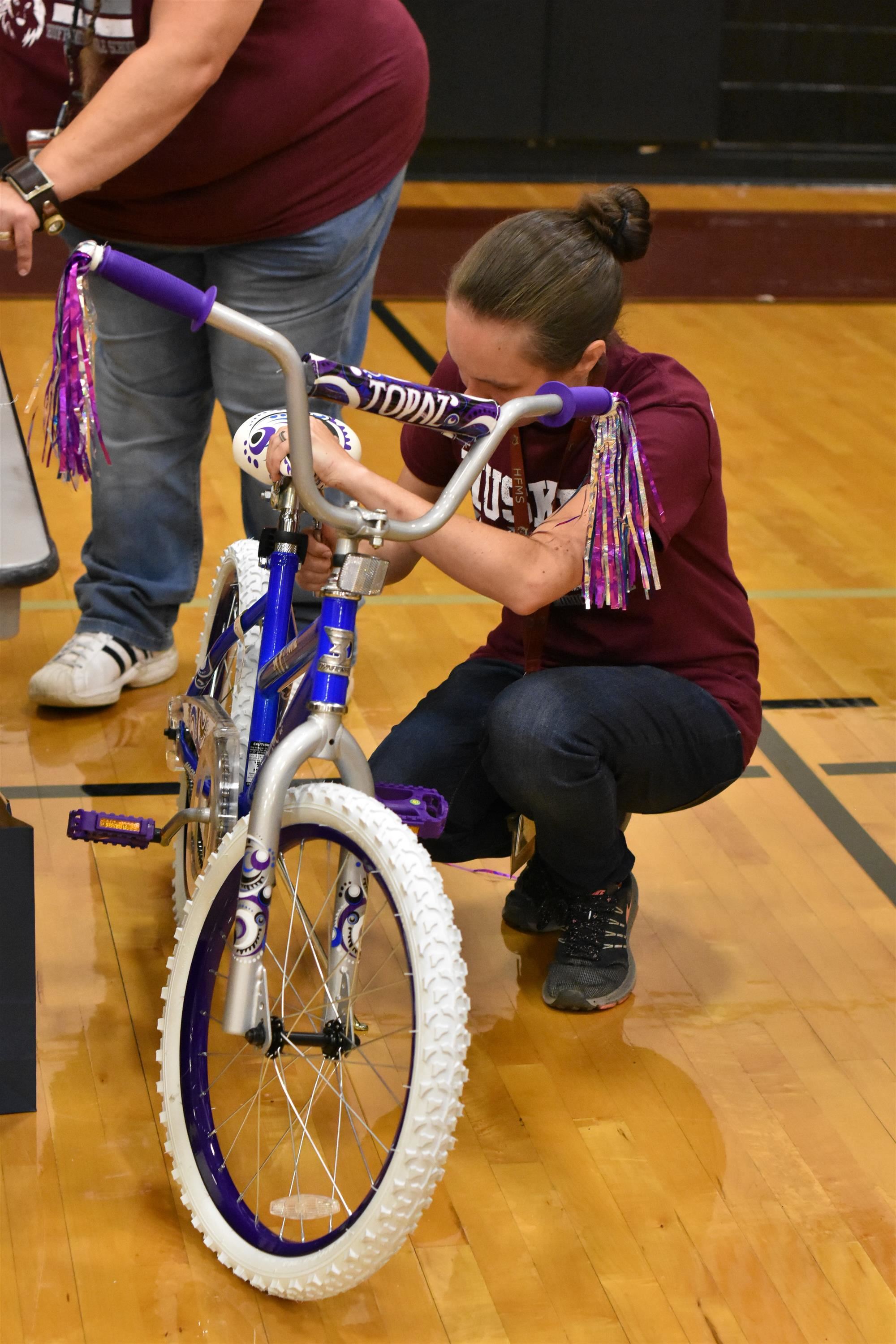 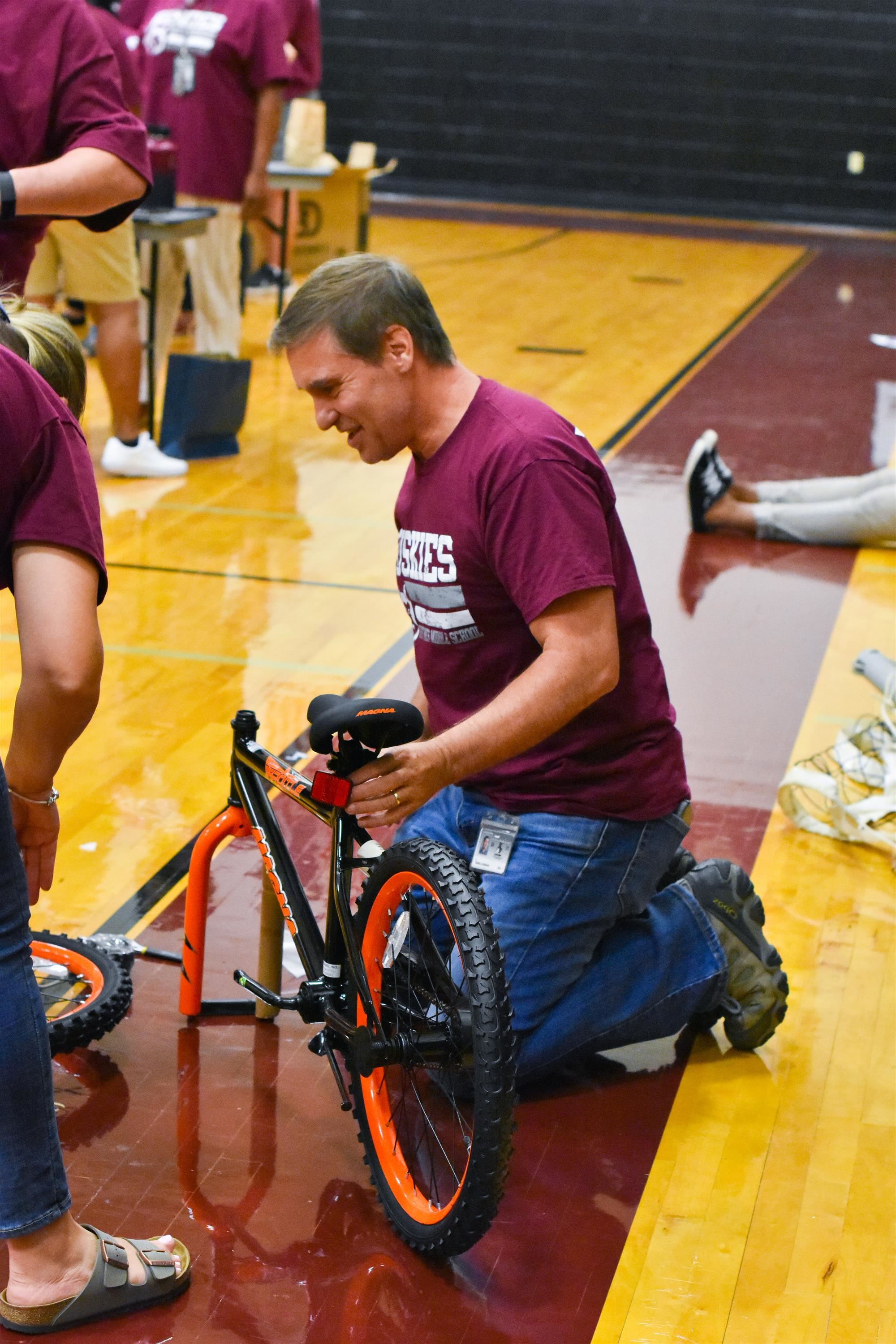 On Monday, these bikes (and matching helmets) were donated to children in the Lewisville High School feeder pattern. “We chose this activity because we wanted to give back to our own community,” Gore said. “We want our community to know we care.”

The Power of the Pack was on display this week, and we can’t wait to watch it continue throughout this school year.