The student received a signed copy of "The World Ends in April" by author Stacy McAnulty.

For Erin Jewell, the librarian at Griffin Middle School, a book is the perfect example of a gift that keeps on giving.

So when Mrs. Jewell saw on Twitter that a children's book author, Stacy McAnulty, was hosting a book giveaway–her interest was immediately piqued. McAnulty has authored over 25 books for children, including “The Miscalculations of Lightning Girl” and “The World Ends in April”.

The latter is a book about the end of the world as we know it, as a middle-schooler finds herself alone in the knowledge that an asteroid is heading towards Earth. Fittingly, weeks before the beginning of April, McAnulty posted on her Twitter asking her followers to submit names of book-loving students who deserved a free, signed copy of the book. And Mrs. Jewell knew exactly who to recommend.

Andy Oh, a seventh grader at GMS, is an avid reader who Mrs. Jewell has recognized for his passion for books. Mrs. Jewell submitted Andy’s information, and days later a signed copy of the book was on its way. 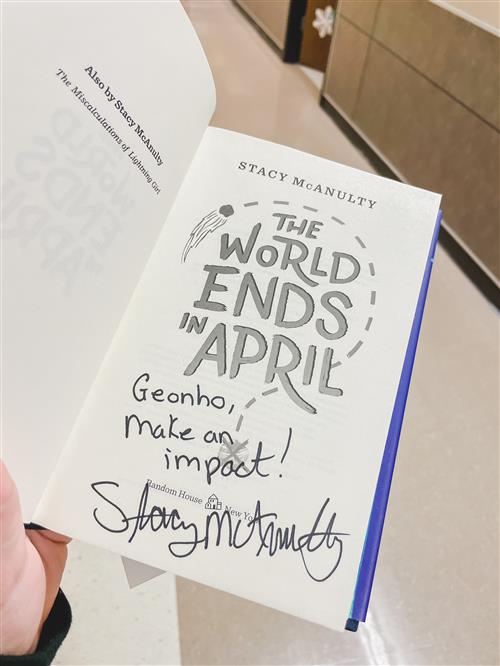 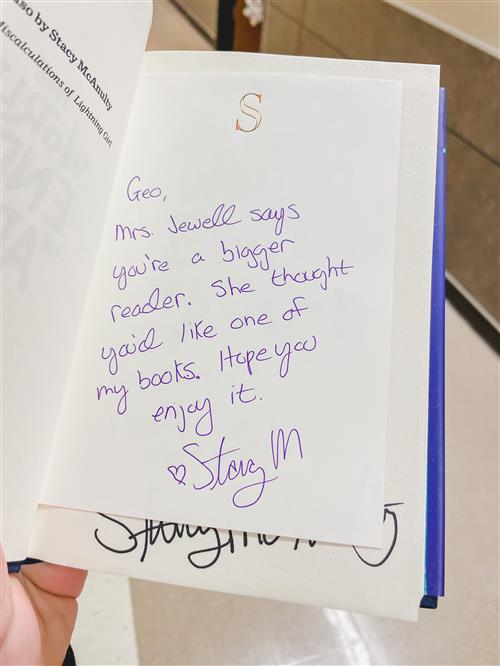 “I felt very happy that I got the book,” Andy said. “I thought it was going to be a good book since the librarian gave [it to me].” Andy described his love for reading, saying he enjoys it because he gets to relate to the stories these authors create. “It’s fun to get to know their stories,” he said. 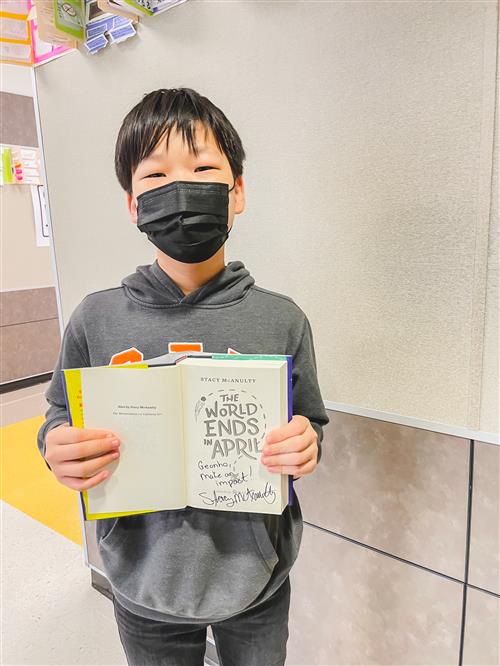 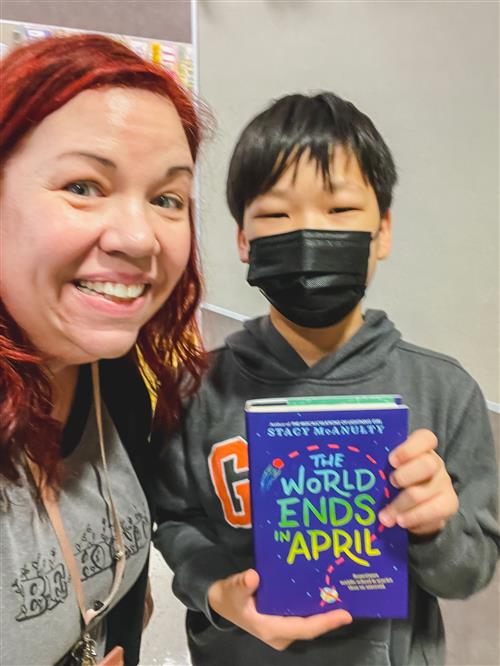 Griffin Middle School is a middle school located in The Colony, Texas serving students in the Lewisville Independent School District. Follow Griffin on Facebook and Twitter, to see more student experiences throughout the school year or visit Best Schools in Texas for more information about joining the Lewisville ISD family.