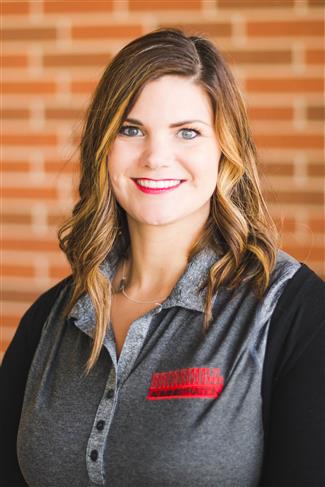 “I am thrilled to have the opportunity to come back to Briarhill,” Davenport said. “It is an honor to be selected as principal for such a great learning community, and to follow someone like Mr. Mattingly. I can’t wait to get started!”

Prior to joining Briarhill in 2016, Davenport spent seven years at Durham Middle School, teaching English/Language Arts and Special Education. She also spent two years as an assistant principal intern at the school. Davenport began her career as a fourth-grade teacher at Vicksburg Intermediate School in Vicksburg, Miss. She taught there for one year before moving to Texas and becoming a part of the LISD family in 2009.

“Ms. Davenport is a passionate and dedicated educator who has quickly risen as a leader in our district,” LISD Superintendent of Schools Dr. Kevin Rogers said. “She will be a champion for students and staff, and I am confident Briarhill will continue its tradition of excellence under her leadership.”

Davenport was named LISD’s Secondary Assistant Principal of the Year in April 2019. She has served on numerous district committees including the Discipline, Handbook, Legislative Advocacy and Restorative Practices committees as well as the Superintendent Advisory Council.

Davenport has a long history as a bulldog, as both her high school and college mascots were bulldogs, just like Briarhill. A graduate of Mississippi State University, Davenport received her Bachelor of Arts in Elementary Education. In addition, she received a Master of Educational Administration from Concordia University. Davenport has her principal certification (EC-12), and holds certifications for ELA/Reading (EC-6), Special Education (EC-6) and ESL (EC-6).

Davenport and her husband, Jarrad, also a district employee, are proud parents of two children who attend LISD schools. The family resides in Highland Village.