May 22, 2019—Garden Ridge Elementary (GRE) fourth-graders recently combined their knowledge of drama and writing to rework their favorite fairy tales. 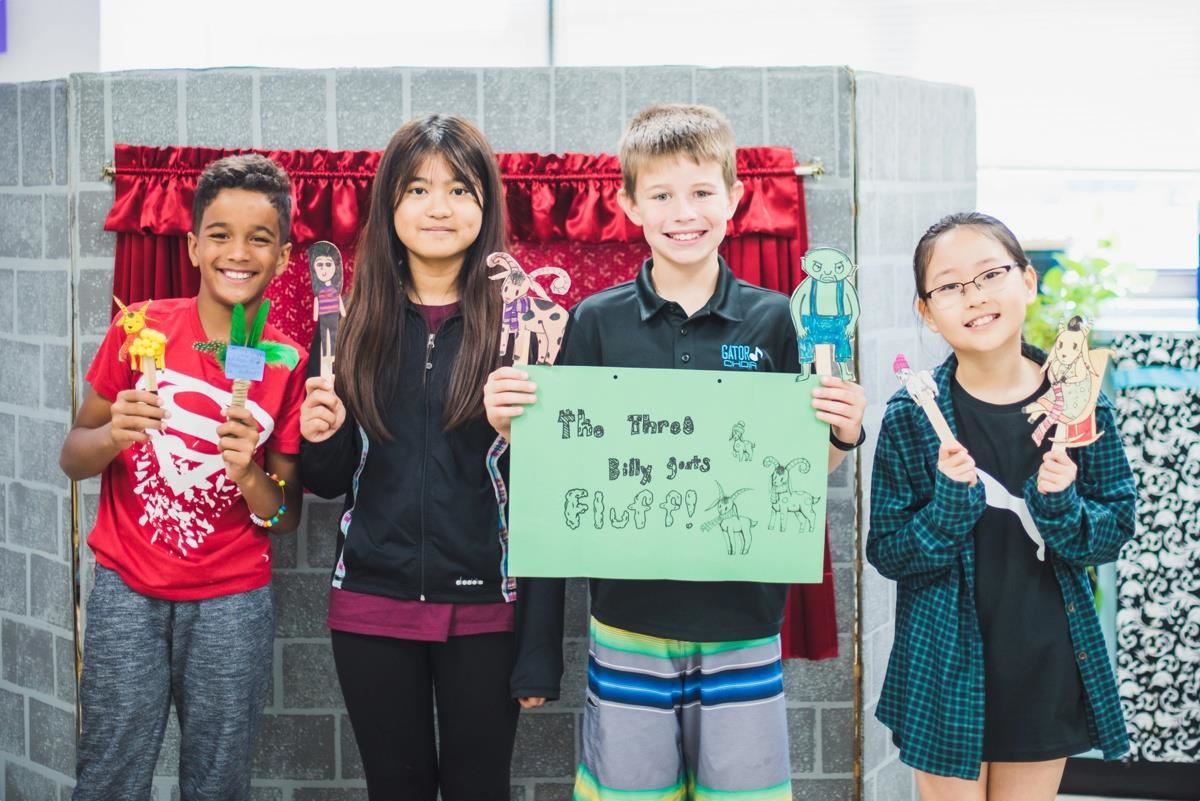 Using a little creativity and a lot of imagination, students authored their very own versions of popular stories. Fairy tales like “The Three Little Pigs” became “The Three Ninja Pigs” and “Three Billy Goats Gruff” became “Three Billy Goats Fluff.” As long as groups stuck to the most important plot points of the original tales, they were allowed to give the story some twists and turns. 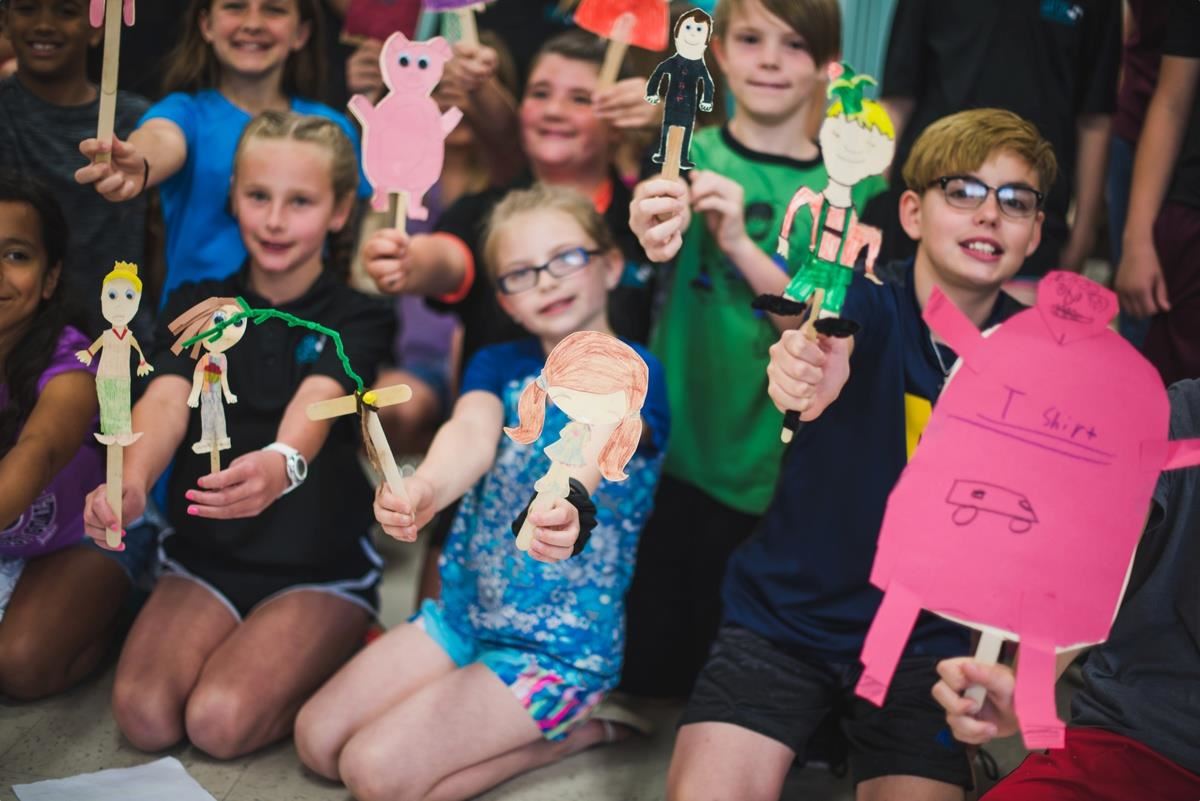 Once the stories were composed, students directed their creativity at compiling their very own puppet shows. Many of the puppets began as mere popsicle sticks, but came together thanks to construction paper, pipe-cleaners and a few googly eyes. Props were next, making sets and any additional items that would add to the show. 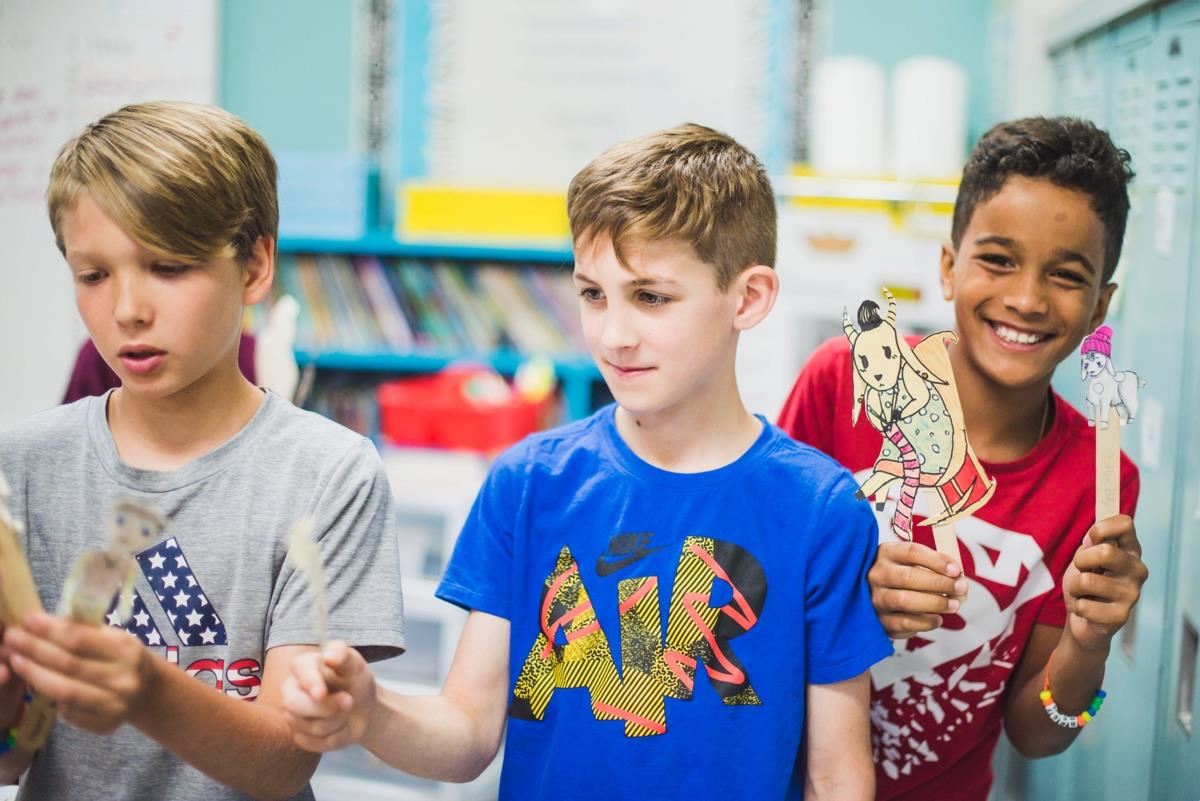 Soon, it was performance day. Students invited members of their family to visit GRE to see the much-anticipated shows. Every fourth-grade classroom filled with cheers and laughter as each group took turns performing. 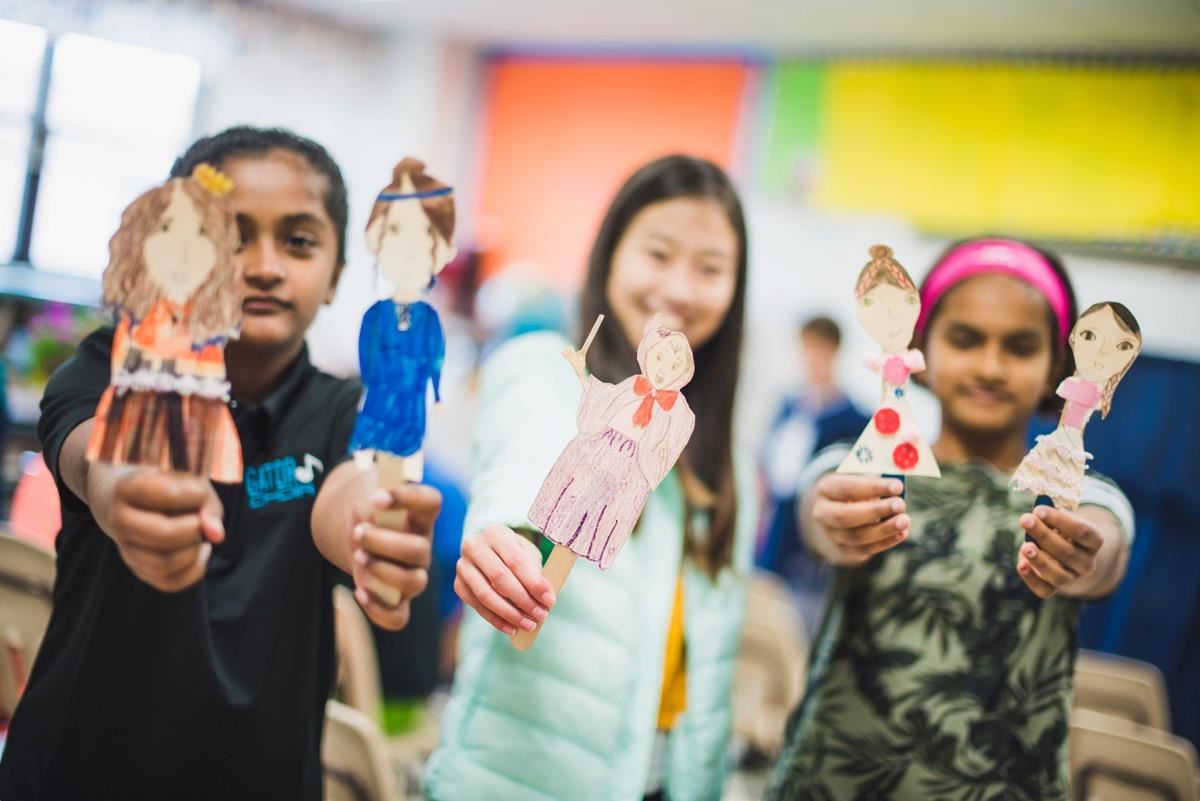 From start-to-finish, students were hands-on, each taking on the roles of author, director, stage crew, puppeteer and narrator, making this project one puppet show to remember.