When Dale Jackson Career Center (DJCC) first opened its doors in 1985, it was widely seen as one of the state’s premier career and technology centers. From auto collision repair and computer programming to cosmetology and welding, DJCC made a name for itself with course offerings not often found in public education.

In 2010, LISD expanded its Career and Technical Education (CTE) with the opening of Career Center East (CCE), a state-of-the-art facility. With the addition of CCE, other courses and programs focused on areas such as animation, architecture, biotechnology and robotics, became another avenue of opportunity for the district’s high school students to explore.

The district passed a bond referendum in 2017. Included in the bond package was a new career center on the west side of Interstate 35 — intended to replace the aging DJCC. With a new facility on the horizon, LISD decided it was time to choose a single name that best captured the exciting, innovative work taking place at both DJCC and CCE. In Fall 2018, the LISD Board of Trustees formed a three-member committee to review, research and make a recommendation regarding the career centers’ new name.

As the district and committee wanted input from the community, LISD created a survey for the public to submit naming suggestions, with the winning proposal receiving a $500 Nebraska Furniture Mart gift certificate. 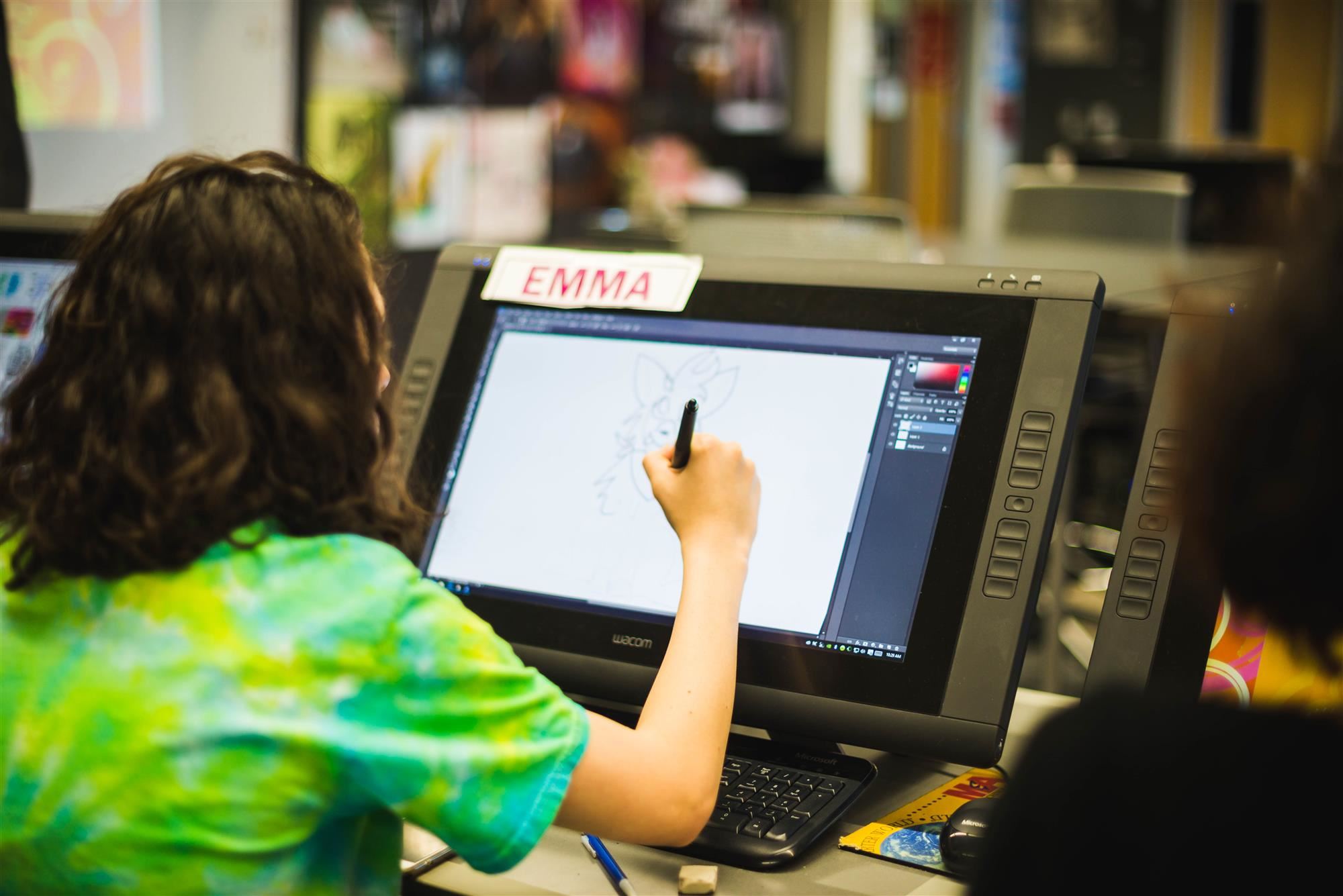 The community submitted over 200 names, and the committee discussed at length, the various suggestions with considerations given to branding, acronyms and other areas before putting forth a name for recommendation.

Technology, Exploration and Career Center (TECC-E) (TECC-W) was the name recommended by the committee as it best represents the learning, experiences and work happening at the career centers. The centers would be differentiated by “east” and “west,” representing their geographic relation to Interstate 35. The proposed name consisted of a combination of three different submissions and included the word ‘technology’ first to emphasize that the learning occurring at the career centers is not static and changes as the knowledge and skills do for creating a future ready work force.

At the Feb. 11 Board meeting, the LISD Board of Trustees approved the name Technology, Exploration and Career Center.

Currently, different programs are offered between CCE and DJCC. When the new career center opens, in addition to the programs already offered at DJCC, other programs will include: building trades focusing in the areas of electrical and plumbing; culinary and cybersecurity. A district agricultural science program that includes courses in the areas of veterinary assistant, floral design, animal science, horticulture and mechanics will also be offered.

The present DJCC building will be repurposed for other district use. The three individuals whose submissions were utilized for the career center name will be placed into a drawing for the Nebraska Furniture Mart gift certificate.