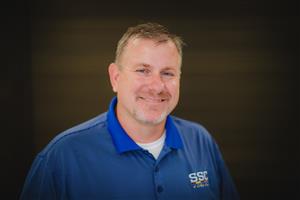 Lewisville ISD announced on June 13 the appointment of Mr. Michael Wetchensky as the new principal of the Student Success Center. Wetchensky currently serves as an associate principal at the SSC, a position he has held for five years. He takes over for longtime Student Success Principal Shawnda LaRocque, who recently announced her retirement from LISD.

“I am humbled and honored to be named the new principal of the Student Success Center,” Mr. Wetchensky said. “I look forward to serving the students, staff and community and continuing to build a love for learning for the students at the SSC.”

Wetchensky is entering his 36th year in public education, the last 10 of which have been right here in LISD. He started his educational career as a teacher at Killeen High School in 1987 and went on to work in Plano ISD for nineteen years. He would serve as an assistant principal in Plano and Lake Worth ISD. Wetchensky was the principal at Athens High School and the Early Childhood Education Center from 2007-10. He joined LISD in 2012 as an assistant principal at Rockbrook Elementary from 2012-17 before moving to SSC.

“Mr. Wetchensky has a proven track record of leadership throughout his career,” Superintendent of Schools Dr. Lori Rapp said. “I’m confident the students and staff of the Student Success Center will continue to excel under his leadership.”

Wetchensky received his Bachelor of Science in Journalism and Education with a minor in Political Theory from the University of North Texas and a Masters in Educational Administration from UNT.