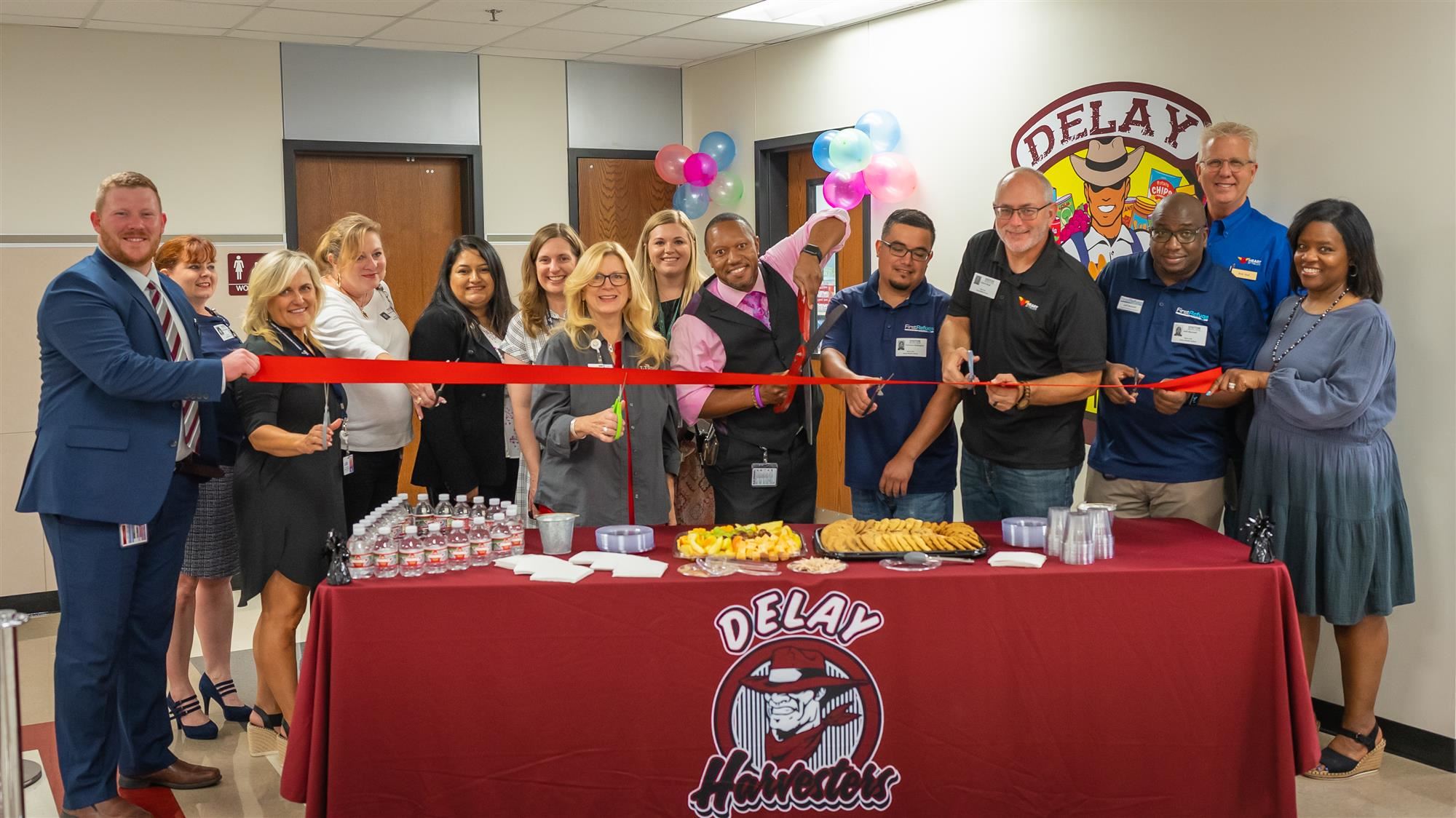 The store, which was featured on The Drew Barrymore Show in 2021, is designed to assist families based on identified needs. Each family will be provided a predetermined amount of “points” which will be used as currency to purchase items from the store, which will open once a week for families to shop or receive curbside pick-up service. 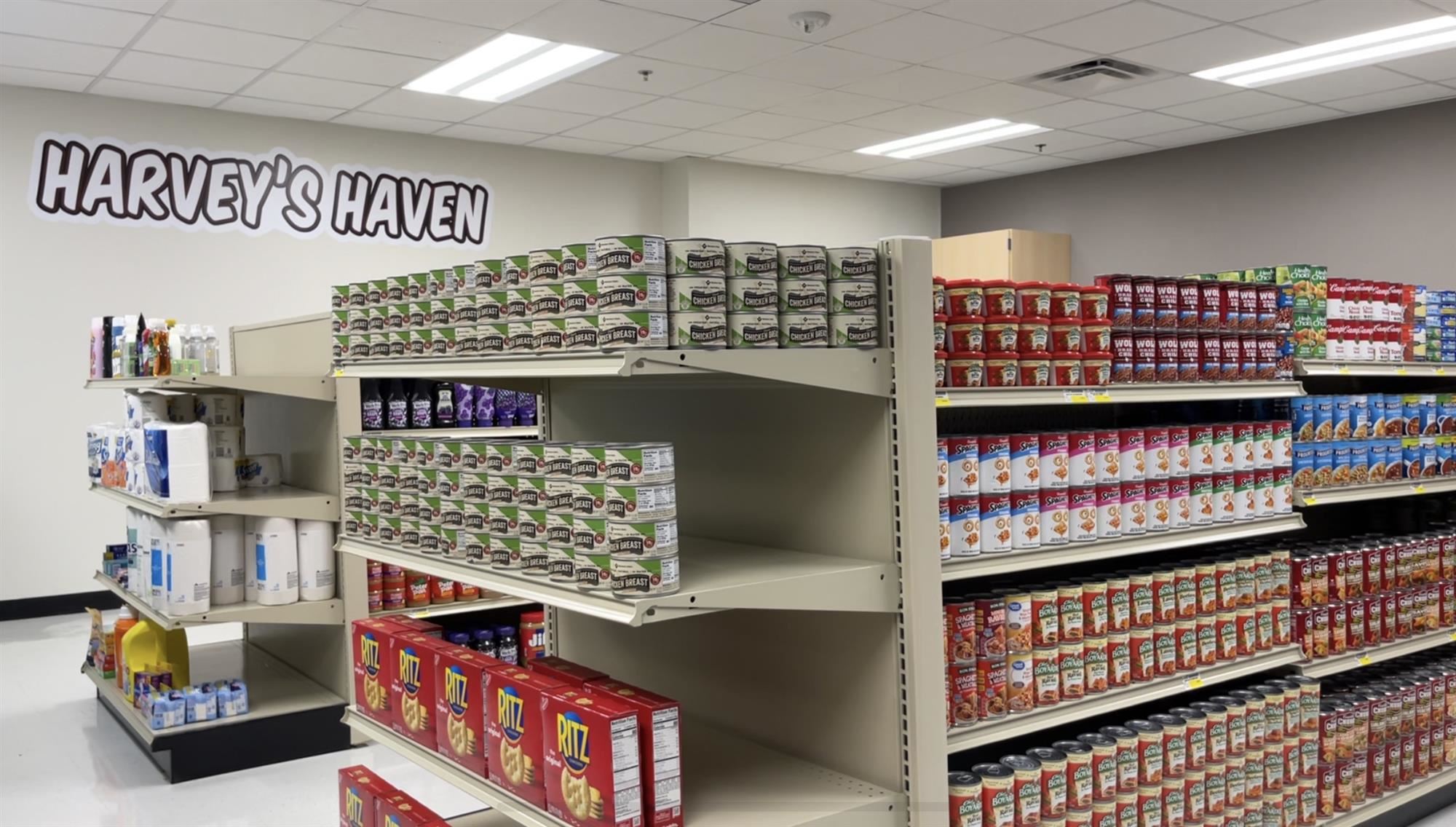 Campus staff and leadership have rallied around the idea, developing branding for the store and hosting a competition to establish a name. The winning name, Harvey’s Haven, was selected from former ELA teacher William Daly’s advisory class.

Thanks to generous contributions from local and national organizations including Texas Health Resources, First Refuge Ministries and Heart of the City, the completion of Harvey’s Haven has finally come to fruition.

Fixtures, supplies and store items were provided through a grant and installed with the help of volunteers from First Refuge Ministries in Denton, TX. First Refuge and Heart of The City  assisted with the initial stocking and setup of Harvey’s Haven. The store will continue to be supplied by the North Texas Food Bank and local grocery partners including Tom Thumb and El Rancho. 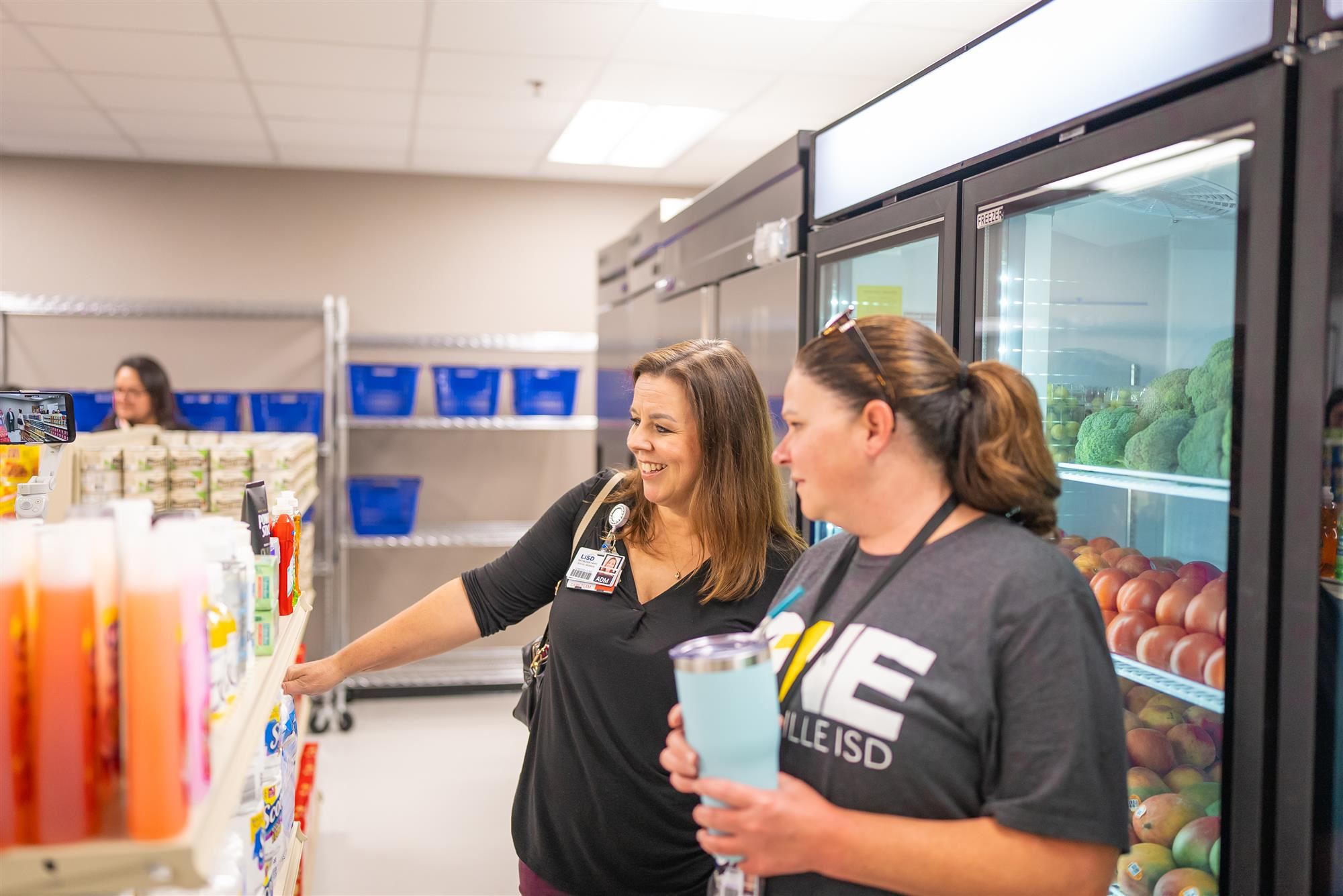 Future contributions are already planned from organizations including Albertsons and Omaha Steaks.

The store will be operated and maintained by newly-appointed principal Dr. Victor Jones, who helped carry the project over the finish line, assistant principal Ivonne Solano, DeLay students and teacher volunteers.

Click here to learn more about the naming of Harvey’s Haven.

DeLay Middle School is a middle school located in Lewisville, Texas serving students in the Lewisville Independent School District. Follow Durham on Facebook and Twitter, to see more student experiences throughout the school year or visit Best Schools in Texas for more information about joining the Lewisville ISD family.