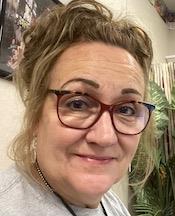 Deborah Jaquess is the Theatre Director here at Huffines MS.  Prior to Huffines, she taught and directed shows at Lewisville HS. Up until 2019 she had spent 16 years at Briarhill MS, beginning as the Choral Director, then Theatre Arts Director where she realized her love for teaching Theatre. Prior to Lewisville ISD she served education as a music teacher in Oklahoma for 5 years.

Deborah received her Bachelor of Music Education degree, with a vocal emphasis, from The University of Oklahoma and an Associates of Science, with a Theatre emphasis, from Florida Community College at Jacksonville.

Deborah was  selected by her peers in 2010 to represent Briarhill MS as Teacher of the Year, then later that year found herself ranked among the Top Five Teachers in LISD. She was also a favored award winner for the My Favorite Teacher contest presented by  Barnes and Noble and then received the General Education Teacher of the Year award from The Arc of Denton County in 2012.

Aside from her passion to teach Theatre Arts, Deborah enjoys spending time with her husband Jimmy, and  her recent resident grandsons: Marshall, 13, and Aayden, 9. Her heart belongs to her four sons; Alan, TJ, Clark Kent and Josh....  who have blessed her with amazing Daughter-In laws and 14 of the Worlds Greatest Grand Children.